Five rival female agents from across the globe must unite to prevent World War III. 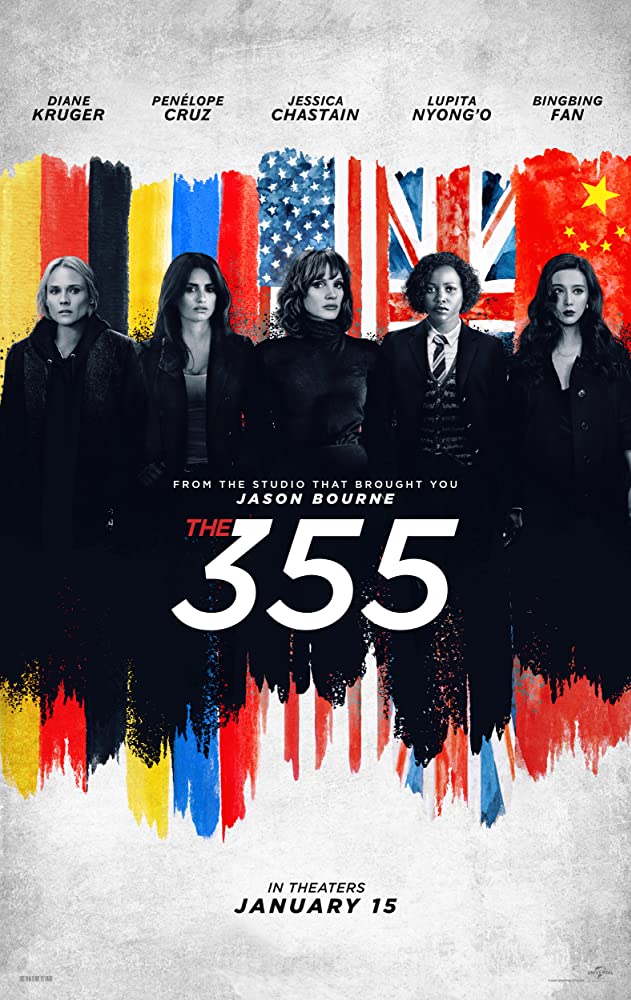 Verdict: Given the pedigree of the cast, it's a shame The 355 is just another conventional action movie, although it improves towards the end.

Jessica Chastain, Diane Kruger, and Lupita Nyong’o team up to stop a dangerous drive falling into the wrong hands in this action movie.

A few years ago, Jessica Chastain noticed all-female ensemble action films are a rarity in Hollywood so decided to make one herself, recruiting actresses from all over the globe in the process.

In this movie, directed by Simon Kinberg, Chastain plays Mason ‘Mace’ Browne, a CIA agent who is tasked with collecting a precious and top-secret drive from a Colombian agent named Luis (Edgar Ramirez) in Paris.

When the mission goes awry and one of her colleagues is killed, Mace is taken off the case.

Determined to get to the bottom of why her friend died, she decides to go it alone and find the dangerous drive herself.

But she realises she’ll need help, so she teams up with MI6 cyber-intelligence agent Khadijah (Lupita Nyong’o) and rival German agent Marie (Diane Kruger), while Luis’ therapist Graciela (Penelope Cruz) is caught up in the mix and reluctant to get involved.

Given the pedigree of the cast, it’s a shame The...