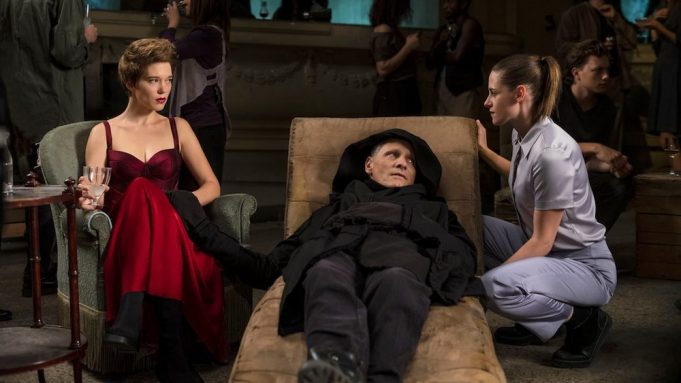 Crimes Of The Future

Humans adapt to a synthetic environment, with new transformations and mutations. With his partner Caprice, Saul Tenser, celebrity performance artist, publicly showcases the metamorphosis of his organs in avant-garde performances. 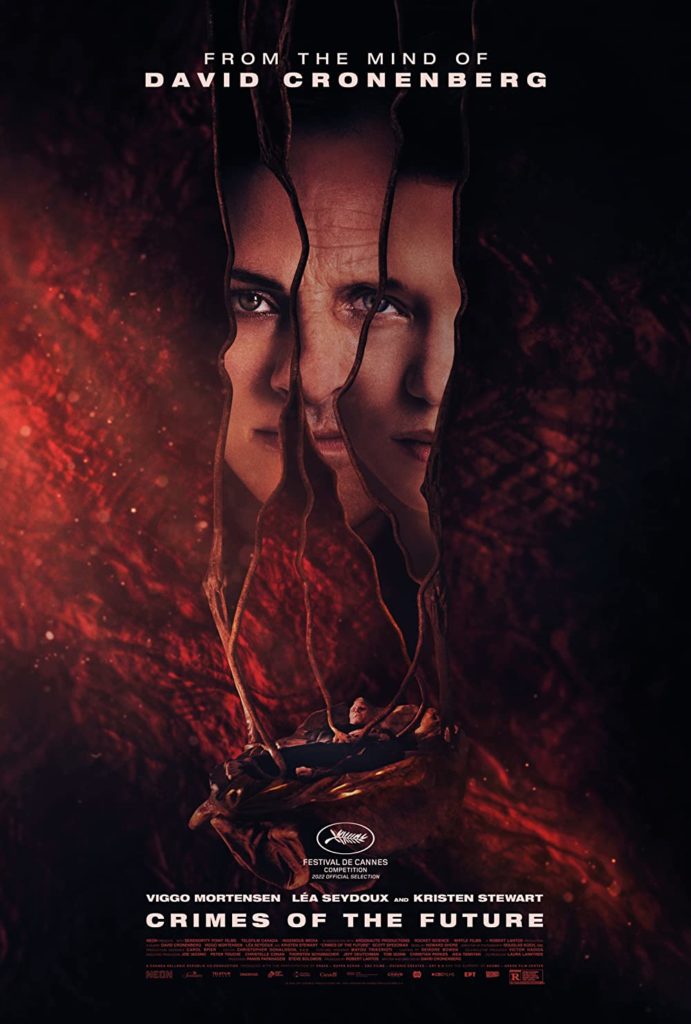 Book Cinema Tickets
Humans adapt to a synthetic environment, with new transformations and mutations. With his partner Caprice, Saul Tenser, celebrity performance artist, publicly showcases the metamorphosis of his organs in avant-garde performances.

Crimes of the Future

Verdict: David Cronenberg's body horror is nowhere near as shocking and gruesome as the hype would suggest. In fact, it's quite boring!

Viggo Mortensen plays a performance artist who removes his unnecessary organs in front of an audience in David Cronenberg’s horror.

Before Crimes of the Future premiered in Cannes, the hype surrounding David Cronenberg’s body horror suggested that it was so graphic and gory that some people might not be able to cope with it. So, how bad is it?

First of all, let’s set the scene – Crimes of the Future is set in a dystopian future where people can no longer feel pain and “surgery is the new sex”.

Saul Tenser (Viggo Mortensen), who is able to grow new, unnecessary organs, removes them in public as a form of performance art with the help of his partner Caprice (Léa Seydoux).

Given the premise, it’s no spoiler to say that there are plenty of surgery scenes in this movie.

If you can’t stomach operation scenes or are squeamish with any level of gore, then this movie is definitely not for you.

However, the film isn’t as gruesome and brutal as the hype would suggest.

If you have seen body horror films before, or even...