A "spiritual sequel" to the 1992 horror film 'Candyman' that returns to the now-gentrified Chicago neighborhood where the legend began. 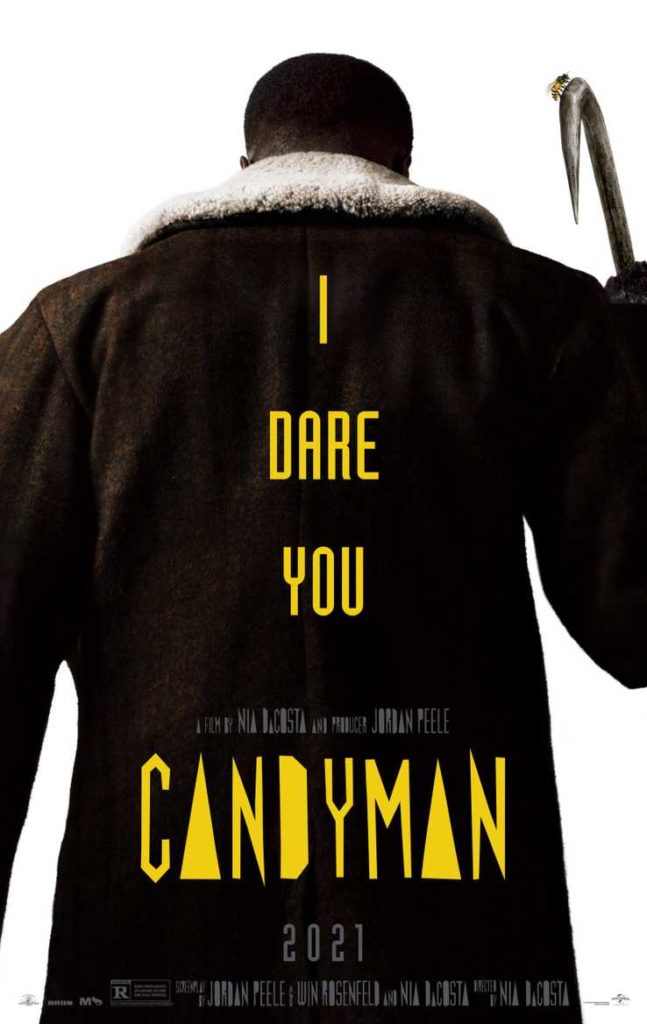 Book Cinema Tickets
A "spiritual sequel" to the 1992 horror film 'Candyman' that returns to the now-gentrified Chicago neighborhood where the legend began.

Verdict: Candyman doesn't fully work and is failed by its last 10-15 minutes, but otherwise it's an intriguing blend of creepy horror and social commentary.

Yahya Abdul-Mateen II plays a struggling artist who becomes dangerously obsessed with the urban legend of the Candyman.

The 1992 horror Candyman spawned two sequels – 1995’s Farewell to the Flesh and 1999’s Day of the Dead – but those instalments are forgotten about with Nia DaCosta’s new film, which serves as a direct sequel to the original.

The supernatural slasher horror follows Anthony McCoy (Yahya Abdul-Mateen II), a struggling artist who has just moved into a new gentrified development on the site of Cabrini Green – the neglected housing projects heavily featured in the first film – with his girlfriend, art curator Brianna (Teyonah Parris).

Following a random encounter with longtime Cabrini resident William (Colman Domingo), Anthony becomes obsessed with the urban legend of the Candyman, a hook-handed man who will kill you if you say his name in the mirror five times, and unwittingly opens a door to his troubled past.

Just like he did with Get Out and Us, Jordan Peele, who produced and co-wrote this movie, blends horror and social commentary...