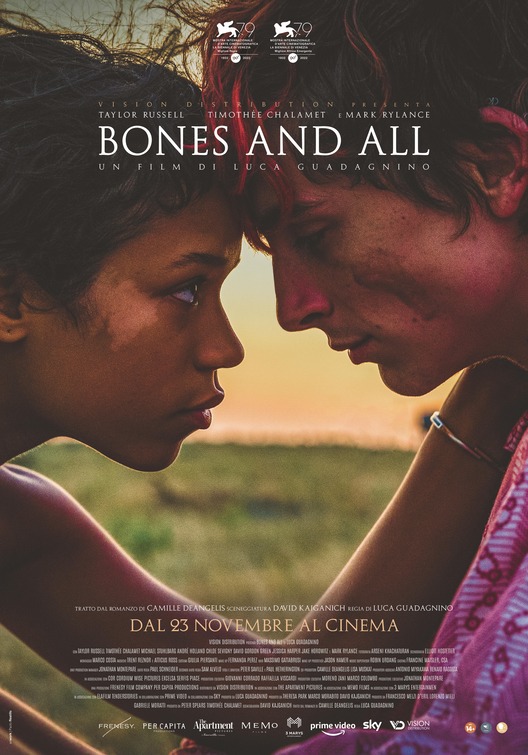 Bones and All is the new feature film from Call Me By Your Name director, Luca Guadagnino. It follows lovers and reluctant cannibals Maren and Lee on a road trip through America.

Bones and All is a romance movie, not a horror movie, but when it decides to do horror it’s genuinely sickening.

There’s an unexpected and cruel realism to its violence: It’s revolting researched. Much of it is deeply animalistic. Characters get down impulsively on all fours and tear off chunks with their mouths.

It’s a truly admirable de-eroticising of cannibalism, with none of the prestige, flirtation and gourmet that’s defined modern cannibal media. It’s much more indebted to The Hills Have Eyes than Hannibal.

The horror is so well realised that I can’t help but wish there was more of it.