Timothee Chalamet debuts first look of himself as Willy Wonka 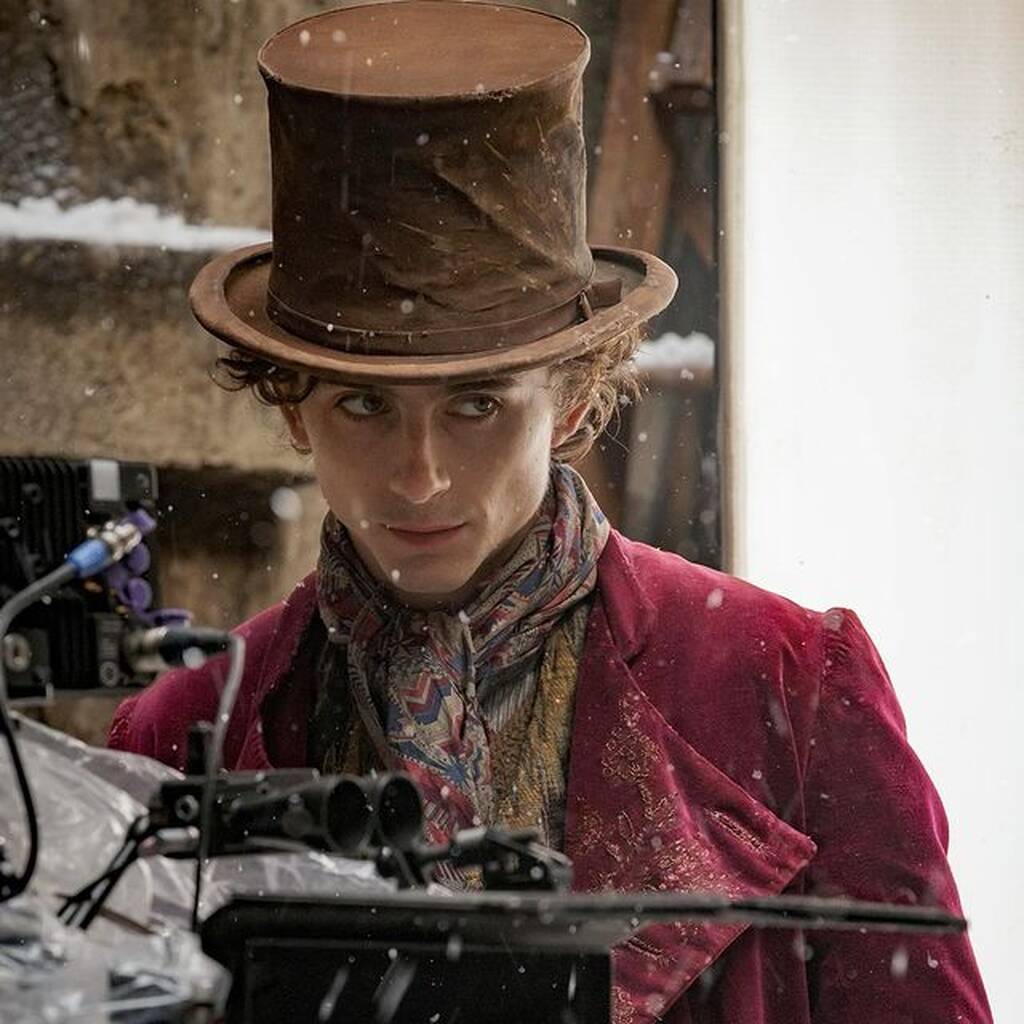 Timothee Chalamet is currently filming the prequel in London.

Timothee Chalamet has offered up a glimpse of himself in costume as Willy Wonka.

The Call Me By Your Name actor follows in the footsteps of Gene Wilder and Johnny Depp by playing the eccentric chocolatier in the prequel film Wonka, which explores the “vivid, mythical beginnings of the imaginative young inventor before he becomes the renowned scrumdiddlyumptious Mozart of chocolate.”

The Oscar nominee is currently filming the musical in London, and on Sunday, he set social media alight by unveiling his young Wonka look, which shows him wearing a Victorian-era costume comprised of a deep red velvet coat, a multicoloured scarf and Wonka’s signature top hat.

A number of social media users compared the look to Artful Dodger from Oliver Twist and Gonzo in The Muppet Christmas Carol, in which the Muppet plays famous Victorian-era author Charles Dickens.

Alongside the photo on Instagram, Chalamet wrote, “The suspense is terrible, I hope it will last,” a line spoken by Wilder’s Wonka in 1971’s Willy Wonka & the Chocolate Factory, followed by “WONKA” and emojis for chocolate and a factory. He also shared a close-up snap of what appears to be the top of a cane that unfurls to reveal a miniature present box.