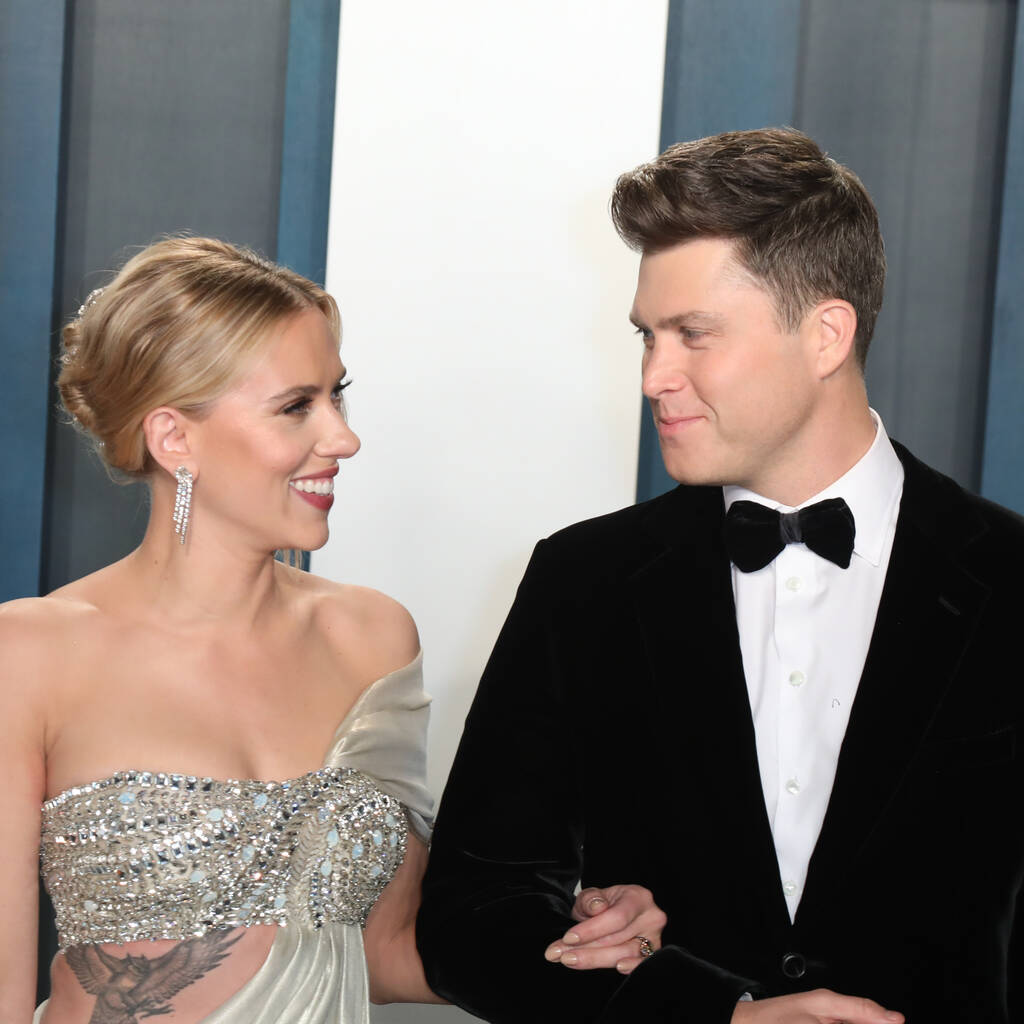 Black Widow is set to hit cinemas and streaming site Disney+ next month.

Scarlett Johansson’s husband Colin Jost refused to rehearse Black Widow lines with her for fear of uncovering a spoiler.

The newlyweds were in London together while she was shooting her new Marvel film, and in a recent chat, made it clear he didn’t want her to give him any details about the plot.

“He doesn’t like any spoilers, so I can’t tell him anything and he doesn’t even pry,” Scarlett told SiriusXM’s The Jess Cagle Podcast with Julia Cunningham.

“When we were shooting this film in London, Colin was also there shooting Tom and Jerry, which worked out great ’cause we were together in the same city for a long time, which is rare. If I was in the middle of a big action set piece or sequence or whatever, he was just not wanting to hear anything about it.

“Of course, he wants to know how was your day, but as soon as it would bleed into, ‘Can you read this scene with me?’ He was like, ‘Am I going to get any spoilers…?’ He wanted to know spoiler alert before we read lines together (sic).”

Black Widow is set to hit cinemas and streaming site Disney+ next month.