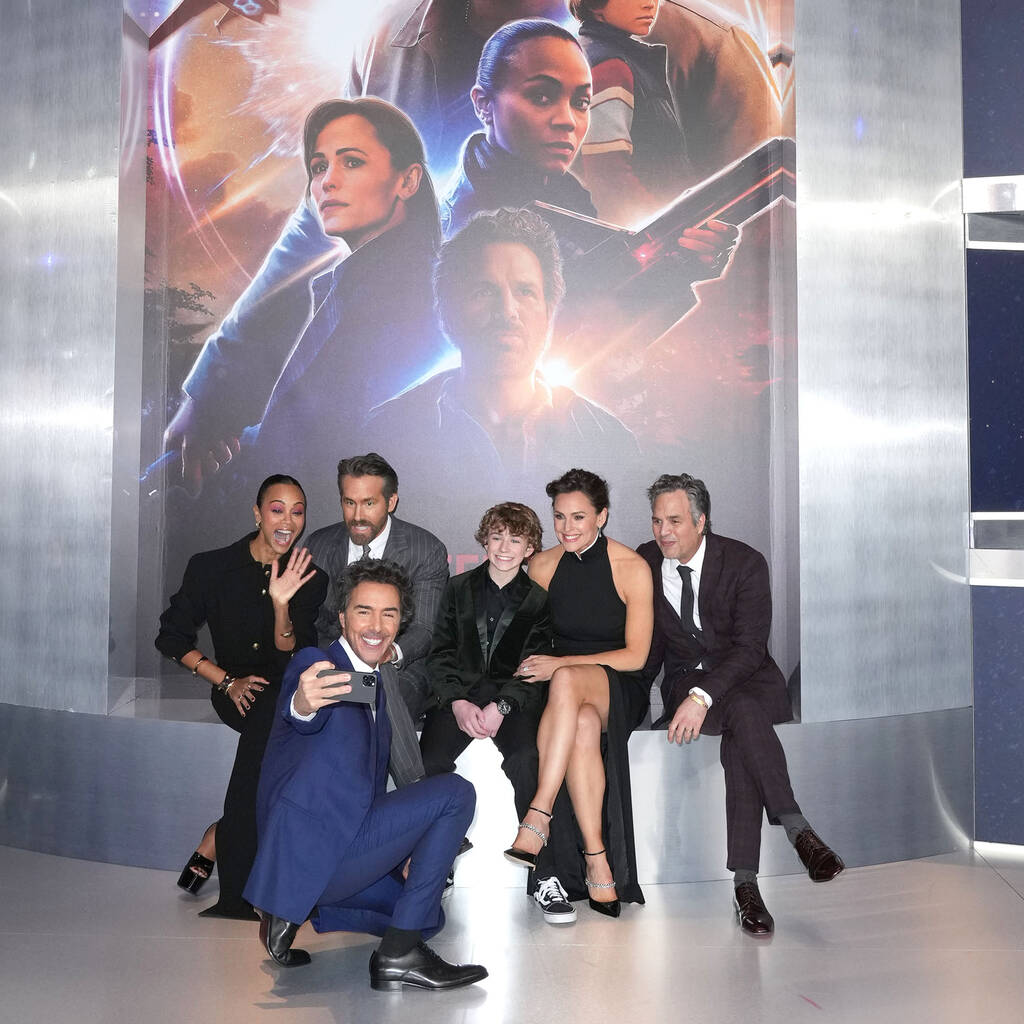 Ryan Reynolds was determined to include plenty of nostalgia in The Adam Project.

In the new sci-fi action film, the Deadpool actor plays Adam Reed – a time-travelling fighter pilot who crash-lands in 2022 and teams up with his 12-year-old self (as portrayed by Walker Scobell) on a mission to save the future.

“Nostalgia is the greatest drug on Earth and this movie very much steps in the existing footprint of those films in that there’s a complete absence of narrative cynicism, an abundance of wonder mixed with comedy and levity, and just absolute gut punches of emotion,” said Reynolds in a press interview for Netflix. “They also had this wonderful element of action and adventure. So, the opportunity to actually make a movie like that – it was a hard thing to pull off, but it was worth it for both of us because it’s so personal. I have not personally done a lot of movies that really reflected my own life the way The Adam Project does.”

Meanwhile, director Shawn Levy explained that he referenced ’80s classics like Steven Spielberg’s E.T. the Extra-Terrestrial and Robert Zemeckis’ Back to the Future when he was developing the concept.

“It’s definitely a throwback to a deeply nostalgic breed of Amblin film that, for me, epitomises what I want movies to be: adventure-filled and wish fulfilment-fuelled, but also funny and warm. The truth is, I feel like our storytelling and film industry has evolved to a point where there are escapist popcorn movies or there are movies about big ideas that are resonant and important. But the movies we loved from the past somehow were able to be both,” the filmmaker continued.