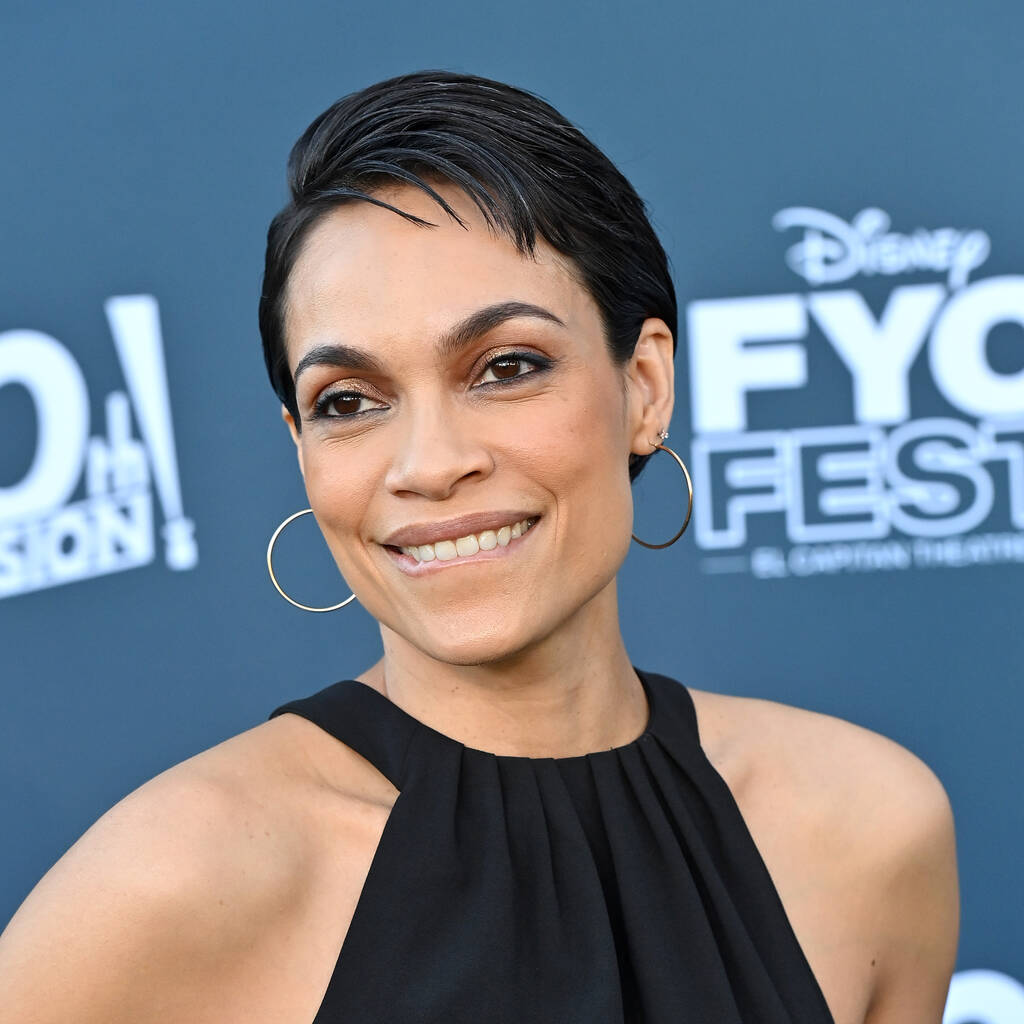 The third installment of Kevin Smith’s franchise is released on 13 September.

Rosario Dawson was nervous and anxious to revisit Clerks for the third film in the franchise.

The actress is back playing Becky in Clerks III, 16 years after last portraying her in Kevin Smith’s franchise. Also returning is Jeff Anderson as Randal, Brian O’Halloran as Dante, Kevin as Silent Bob and Jason Mewes as Jay.

The original 1994 film, about convenience store clerks Randal and Dante, has become a cult classic, and Rosario assures fans they won’t be disappointed with the new chapter.

“It has just so much humanity to it. So, yeah, I’m glad it really all worked,” she told Collider. “It was controversial. I was nervous about it. I’ve been really anxious about it, and we did all a bunch of improv and stuff. I didn’t know it was going to be in there, and it’s really special. It’s really amazing, and it was wonderful to see all the stuff that I didn’t get to see on the day because I wasn’t filming every day.”

“I think the fans are going to really love it,” she added.

The production was emotional on another level too, as director and writer Kevin survived a severe heart attack three years before production.

In the movie, Randal suffers a heart attack, and Rosario said the plot hit close to home.

“I was ugly crying during the premiere,” she shared. “I was glad my make-up survived, but I have been wanting to see this story for a long time. Not particularly this story. I didn’t know that, until I read the script, exactly what it was going to look like, but I’ve been wanting to catch up with these characters for a while, and it was poignant because it’s not just a story. It’s a reality. We almost lost Kevin to a heart attack. We wouldn’t have had this movie. We wouldn’t have had so many different things.”