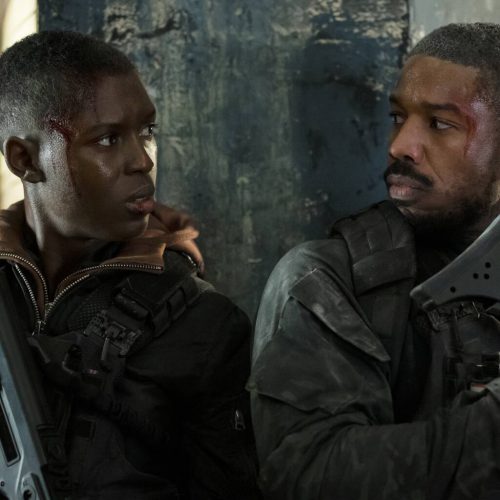 A film adaptation of Tom Clancy’s novel Without Remorse has been in development since it was released in the ’90s, and after many changes to the leading man, the movie has finally been made with Michael B. Jordan.

Jordan stars as John Kelly, a US Navy SEAL who leads an operation to rescue a CIA operative taken hostage by ex-Russian military forces in Aleppo, Syria.

Three months later, after he’s retired from the military ahead of his wife Pam (Lauren London) giving birth to their first child, Russian assassins retaliate by killing two SEALs from the Aleppo rescue and Pam and shooting John twice. Once he’s recovered, John embarks on a mission to avenge his wife’s murder and get to the bottom of the conspiracy.

Without Remorse is an old-fashioned by-the-book action-thriller that doesn’t show us anything we haven’t seen before. It is watchable and there’s enough action to keep viewers entertained, but Jordan and his cast members deserved a movie that’s a cut above your average and stands out among other films in the genre whereas this follows a familiar and conventional path.

The screenplay wasn’t as strong as it could have been, given that it was co-written by Hell or High Water and Sicario’s Taylor Sheridan, and the ultimate baddie was apparent from the get-go so there’s very little suspense.

Director Stefano Sollima should have also given us more exciting and gripping action sequences. There was a fight in a prison cell that showed promise but that was too short-lived, and on the flip side, the Russia shootout sequence felt too drawn out and dull.

Thankfully, Jordan delivers as usual and makes the film better than it rightfully should be. He has proven his credentials with fight and stunt choreography in Black Panther and the Creed films, and Without Remorse properly cements his status as an action star.

Elsewhere, Jodie Turner-Smith is well cast as Lt. Commander Karen Greer, a decorated Navy SEAL, and her character is something of a trailblazer considering there are still no female Navy SEALs in real life. She is Kelly’s closest ally and the most grounded and level-headed member of the team.

There’s also Jamie Bell and Guy Pearce, who play CIA agents who are under suspicion of being corrupt and are convincingly shifty.

It was announced back in 2018 that Jordan had signed on to play the character in Rainbow Six as well as Without Remorse, and while this isn’t the strongest launch of a franchise, the teaser of what comes next sounded promising.