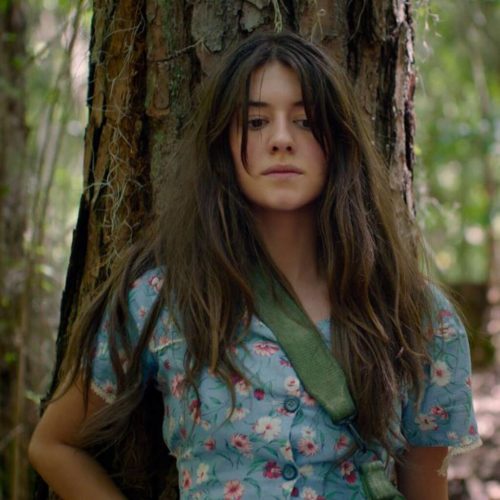 Where the Crawdads Sing

Daisy Edgar-Jones plays a lonely outsider accused of murdering one of the town’s most popular men in this mystery-drama.

After Delia Owens’ novel Where the Crawdads Sing became a runaway success in 2018, it was only a matter of time before a film adaptation came along.

The mystery-drama, directed by Olivia Newman, is set in 1969 in Barkley Cove, North Carolina, where a murder trial is taking place against outsider Kya Clark (Daisy Edgar-Jones), who grew up alone in a shack on the marshes near town.

When Chase Andrews (Harris Dickinson) is found dead at the bottom of a fire tower, local prosecutors insist “the Marsh Girl” must have done it, despite there being no evidence to incriminate her.

While she tells her story to defence lawyer Tom Milton (David Strathairn), the film flashes back to her childhood and then cuts back and forth between the past and present so we can learn more about Kya’s life.

Where the Crawdads Sing is a character-driven drama that would have done really well at the cinema 10-20 years ago but nowadays, this type of film is relegated to streaming or turned into a miniseries.

In a theatrical world filled with superhero movies and big action blockbusters, it’s hard to see this appealing to the masses and anybody except fans of the novel and the cast.

The film is partly a courtroom drama, part character study, with mystery, romance, and thriller elements thrown in – so it is tonally all over the place and doesn’t balance all these genres particularly well.

It is also quite slow and meandering and takes a while to get going and find its footing.

However, it does all come together in the end and delivers an emotional third act and a big reveal, which may be divisive to some.

Edgar-Jones does an impressive job as Kya. She gives her a wide-eyed vulnerability but also an inner determination and resilience.

However, she looks too polished and pretty to be “the Marsh Girl” who has lived on her own for years in a shack.

Those who have read the book might have expected Kya to look rough, dirty, and unhealthy with unkempt hair and awful clothes, but after her Hollywood makeover, she looks like a very normal person with glossy hair and regular tomboy outfits.

Edgar-Jones is well supported by Strathairn as the warm and kind Milton, Taylor John Smith as the complicated love interest Tate and Dickinson as the jerk Chase.

It would be excellent having this sort of big-budget character-driven drama back at the top of the box office as it means more will be made.

Will Where the Crawdads Sing be the one to turn the tide? Only time will tell.

In cinemas from Friday 22nd July.