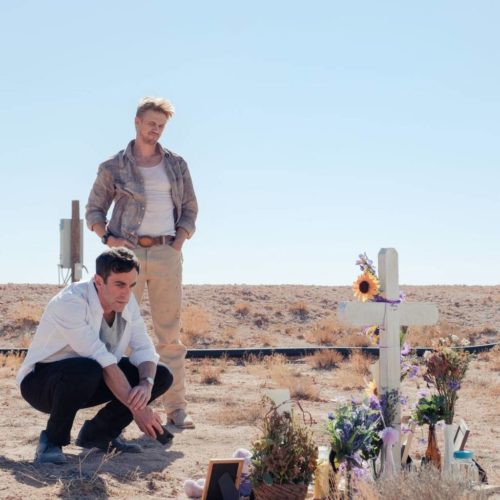 Verdict: Vengeance is an amusing black comedy with a familiar performance from B.J. Novak

The Office star B.J. Novak makes his directorial debut with black comedy Vengeance, which he also wrote and stars in.

After racking up writing and directing credits on TV shows like The Office and The Mindy Project, it was only a matter of time before B.J. Novak wrote and directed his own feature.

In this black comedy, he stars as Ben, a journalist for The New Yorker who is desperate to land a podcast series. Thankfully for him, the perfect fodder for an investigative show falls in his lap – he receives a call informing him that his girlfriend Abilene ‘Abby’ (Lio Tipton) has died of a drug overdose.

Ben is allergic to commitment and only hooked up with Abby a few times, but he decides to fly from New York to rural Texas to attend the funeral and pretend to her family that they were a couple.

After the funeral, Abby’s brother Ty (Boyd Holbrook) asks Ben for his help – he believes Abby didn’t die of a drug overdose and he wants to know what happened. After getting commissioned by podcasting queen Eloise (Issa Rae), Ben decides to stick around in Texas and get to the bottom of the story.

The concept was very promising and it was enjoyable getting to know Abby’s family – mum Sharon (J. Smith-Cameron), sisters Paris (Isabella Amara) and Kansas City (Dove Cameron), brother ‘El Stupido’ (Eli Bickel) and Granny Carole (Louanne Stephens), watching the revelations in the investigation unfold, and how Eloise crafts the audio into podcast episodes.

The writing was particularly strong in the beginning, thanks to the cultural clash of liberal New Yorker and gun-toting Texans and Ben’s approach to dating, but it became slightly weaker in the second half and didn’t seem as funny or focused.

This is perhaps because it becomes more about Ben as he approaches an existential crisis or because Ashton Kutcher’s character Quentin is given long, rambling speeches that test patience. Also, despite a couple of revelations towards the end, the investigation takes too long to reach its conclusion.

Novak is best known for playing Ryan Howard in The Office and the character of Ben is very similar – he’s also a selfish jerk who treats women terribly and only agrees to help with the investigation because he’s got a podcast commission out of it. Thankfully, the character has a lot of growth throughout the movie and is forced to reflect on his behaviour.

Novak is a talented comedy writer and he puts his skills to good use with Vengeance, which is amusing and occasionally laugh-out-loud hilarious. However, it never levelled up from good to great and fails to make viewers care much about the outcome of the story.