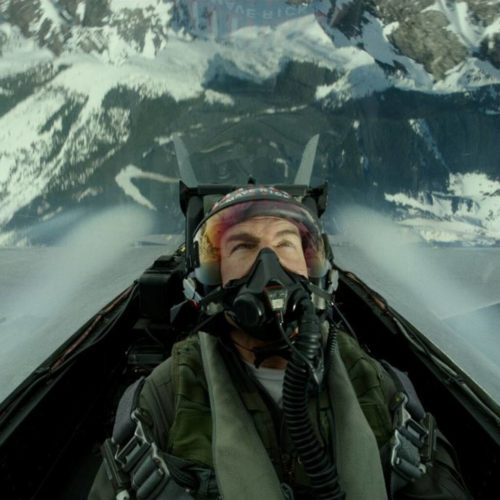 Verdict: Tom Cruise delivers an exhilarating cinematic experience that surpasses its predecessor in almost every way

Top Gun: Maverick was delayed by around two years because Tom Cruise and Paramount were determined for audiences to have the best cinematic experience – and they have delivered.

After 36 years, Cruise returns as rebellious pilot Pete ‘Maverick’ Mitchell, who has deliberately avoided a promotion so he can still fly planes in his fifties. At the start of the movie, he is a test pilot, but is soon called up by his old pal Tom ‘Iceman’ Kazansky (Val Kilmer) to return to the Top Gun school.

A hand-picked selection of graduates has to pull off an almost impossible mission – to destroy a mysterious underground lab guarded by missiles – and Maverick has been tasked with training the crew, which includes his late friend and co-pilot Goose’s son Bradley ‘Rooster’ Bradshaw (Miles Teller).

Make sure you see Top Gun: Maverick on the biggest screen possible. It is an exciting blockbuster which has something for everybody – action, romance, drama and a sense of humour. The flight sequences are stunning and exhilarating, particularly in the final act which makes the film go from good to amazing.

Bringing out a sequel to a beloved film after over three decades could have been a misfire in a different set of hands but director Joseph Kosinski and Cruise have given us a follow-up that exceeds its predecessor in almost every way.

Top Gun: Maverick may make you feel nostalgic as it honours the first film in a major way – the opening scene and a few shots are almost identical, certain songs and scores return, and there’s Maverick’s trusty bomber jacket as well as the shirtless ball game at the beach.

At one point, it felt like Kosinski may have gone too far and borrowed too much from the original but he ultimately strikes a good balance. It has the feel of the first film and respects its legacy but easily stands up on its own.

There are many ways in which Maverick beats Top Gun, but the most obvious example is the flight sequences. The actors are no longer in a studio; they are up in the actual planes, and this brings a new sense of realism and excitement to those sequences as it makes you feel like you are up there with them.

Cruise is one of the biggest movie stars and he happily puts his daredevil spirit to good use for the sake of cinema. He nails the action requirements (no surprises there) but also has more to offer, with a solid romance subplot with Jennifer Connelly’s Penny and a dramatic, emotional storyline with Rooster, who resents Maverick. Teller holds his own against Cruise and gives his character the right angsty energy.

Kelly McGillis’ Charlie had agency in Top Gun and Maverick’s new love interest Penny is just as in control here – she runs a bar, holds all the cards and is charming and sexy.

Top Gun: Maverick isn’t perfect but it is the closest a blockbuster has come to perfection so far this year. Don’t miss it!

In cinemas from Wednesday 25th May.