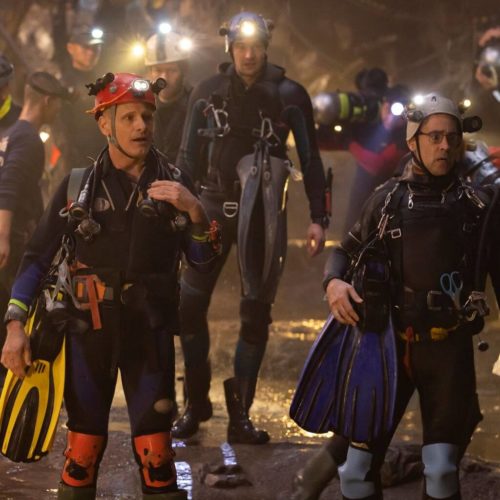 Verdict: A gripping, intense, and surprisingly emotional film that celebrates all the people involved in this incredible rescue mission

Most will remember waiting with bated breath for news updates on the Thailand cave rescue back in 2018 – and you can now relive that experience thanks to Ron Howard’s new retelling.

As you may recall, 12 young boys from the Wild Boars football team entered the Tham Luang cave with their assistant coach only to be trapped deep inside following sudden heavy rainfall.

After the Thai Navy SEALs, who are used to open water, failed to find the boys, the government called upon British rescue divers Rick Stanton (Viggo Mortensen) and John Volanthen (Colin Farrell) to help with the operation.

But finding the team is the relatively easy part – the big question is: How do you get them out?

Whether you followed the story at the time or not, or have seen the documentaries, Thirteen Lives is still a gripping, intense, and moving film.

We spend a lot of the film’s two-and-half-hour runtime underwater with the divers, watching them making their way through the murky, narrow and challenging system and it feels quite claustrophobic at times.

It should give you a newfound appreciation for the divers – they (mostly) managed to keep calm in a high-stress and very difficult situation and endured the exhaustion of repeatedly making the six-hour trip to the boys against strong currents with only a rope to guide them through the dirty water.

But it’s not just about the divers – Howard truly captures the sense of teamwork involved with the rescue.

Around 5,000 people from 17 countries contributed to the effort and he shines a light on some of these, including Thai Navy SEAL Saman (Sukollawat Kanarot) and General Paochinda (Vithaya Pansringarm), who is in charge of the whole operation.

The runtime might sound quite long but rest assured that the film flies by.

You won’t be looking at the clock at all because you’ll be too hooked and invested in the rescue.

Howard wastes no time jumping straight into the action and no section of the movie feels unnecessary or like it could have been chopped down.

Mortensen adopts a convincing British accent for his portrayal of Stanton, the most direct, pessimistic, and cold member of the crew.

He is balanced out nicely with the warmer and kinder Volanthen and the likeable Edgerton as the pivotal doctor and diver.

Thirteen Lives tells the extraordinary true story about one of the greatest rescue missions in recent history. Make sure you check it out!

In selected cinemas from Friday 29th July and Prime Video from 5th August.