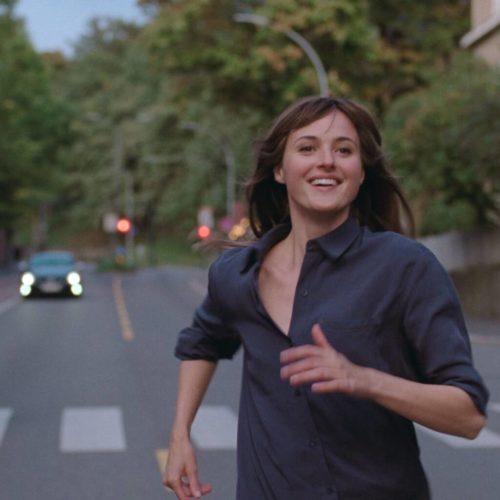 The Worst Person in the World

Verdict: This dark romantic comedy is incredible funny, relatable and moving, with a sensational performance from Renate Reinsve

Renate Reinsve plays a 20-something who doesn’t know what she wants from life in Joachim Trier’s dark romantic comedy.

It’s rare for a foreign language film to be nominated outside of the Best International Feature Film category at the Oscars – but Joachim Trier’s The Worst Person in the World has managed to crossover into the Best Original Screenplay shortlist.

The Norwegian film tells the story of Julie (Renate Reinsve), a 20-something who doesn’t know who she is and what she wants from life, over the course of four years.

She is constantly searching for what will make her feel happy, what job she wants, and whether she wants to be in a serious relationship with comic book artist Aksel (Anders Danielsen Lie), who is 15 years older, or have a fun affair with Eivind (Herbert Nordrum).

The film is divided into 12 chapters book-ended by a prologue and an epilogue, and each chapter heading (which are sometimes hilarious) signals a jump ahead in time to the next big moment in Julie’s life.

This structure was a genius idea because it makes you curious to learn what has happened during the gap and find out where Julie’s at.

This is a romantic comedy but not in the traditional sense – it is dark, complex, and grown-up while also being incredibly funny, relatable, and moving.

It explores themes such as love, sex, relationships, motherhood, adulthood, and mortality.

It also feels like a coming-of-age story as Julie is still trying to work out her identity.

You might not agree with all of Julie’s decisions as she’s quite a messy and impulsive person but you will likely still be invested in her journey and her mission to love herself.

Newcomer Reinsve won the Best Actress prize at Cannes and was nominated for the BAFTA and this is so deserved.

Julie feels like a real, believable person rather than a character.

The script was written with her in mind and she embraces the character fully, warts and all. While she carries the film, Danielson Lie is also worthy of a shout-out for his emotional scene towards the end.

The Worst Person in the World is unlikely to win the Best International Feature Film Oscar as Drive My Car has been sweeping the awards, but it would be a shame if Trier didn’t take home the prize for his honest and realistic screenplay.

In cinemas from Friday 25th March.