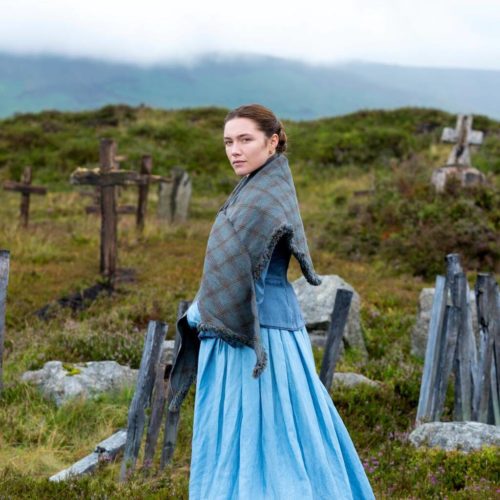 Verdict: Florence Pugh knocks it out of the park in an intriguing mystery that pits faith against medicine

Florence Pugh plays an English nurse who travels to Ireland to observe a young girl who has supposedly not eaten in four months.

Just weeks after the release of Don’t Worry Darling, Florence Pugh continues to prove that her range has no bounds with The Wonder.

The period drama, set in 1862, stars Pugh as English nurse Lib Wright, who is sent to a deeply religious community in Ireland to observe an 11-year-old girl named Anna (Kíla Lord Cassidy) for a couple of weeks.

Anna and her family claim she has not eaten in four months but it’s impossible for a person to survive that long without food.

The community believes Anna is a miracle or saint, someone with a direct connection to God, and people make pilgrimages to see her.

But Lib is certain there is a reasonable explanation for this and sets out to uncover the truth.

Although she is only supposed to observe Anna rather than intervene, Lib cannot stand by and let the act – or what she believes to be an act – continue.

Sebastian Lelio’s film is an intriguing story about faith versus medicine with stunning cinematography of harsh Irish landscapes.

The central mystery of Anna’s condition is fascinating and will keep you guessing for a while and Lib’s backstory is gripping on its own.

The screenplay – written by Lelio, Normal People‘s Alice Birch, and the author of The Wonder novel, Emma Donoghue – is smart in the way it slowly drip-feeds us information about Lib’s past and Anna’s upbringing.

It holds our interest by refusing to tell us everything straight away and we have to be patient as the layers are gradually peeled back.

Some viewers may find the pace a bit too slow but it’s pitched perfectly – the revelations are well-placed and the satisfying ending makes it all worthwhile.

However, Lelio makes a bizarre, jarring decision when it comes to the start and end of this film.

These brief opening and closing sequences are set in the present day on a movie set and take you behind the scenes of The Wonder‘s sound stage.

Why?! This is a deeply baffling decision as it is pointless and takes you out of the story.

Pugh pulls out all the stops with her performances time and time again so it’s no surprise that she nails the role of Lib.

She is on a roll! She forms a captivating partnership with the mysterious Cassidy and this central relationship carries the movie.

They are supported by Tom Burke, who plays a dapper journalist visiting from London to write a story about Anna, Toby Jones as the girl’s doctor, and Ciaran Hinds in an oddly brief appearance.

You might think you’ll see more of him eventually, but you don’t!

Pugh continues to choose interesting and varied projects and never disappoints. It’s exciting to see what she does next.

Streaming on Netflix from 16th November.