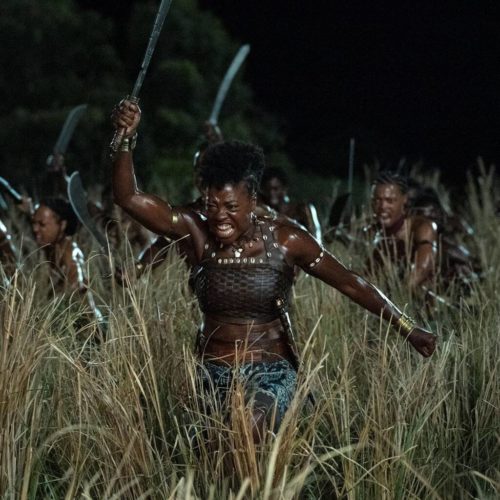 Verdict: Packed full of action, spectacle and fully-fledged characters, The Woman King is one of the best movies of the year

In a landscape filled with sequels, reboots and remakes, it makes a refreshing change to have an original action movie in cinemas.

The Woman King, directed by The Old Guard’s Gina Prince-Bythewood, tells the story of the Agojie, a real unit of female warriors who defended the Kingdom of Dahomey in West Africa and their ruler, King Ghezo (John Boyega).

The film takes place in 1823 and follows Nawi (Thuso Mbedu), a new recruit who must train to became a fearless warrior and earn the respect of leader Nanisca (Viola Davis).

This is a crowd-pleasing, thrilling historical epic filled with spectacular, gripping battle sequences and well-executed action scenes as well as plenty of quieter, character-driven moments to help us get invested in the main players.

Prince-Bythewood strikes the perfect balance between action and drama and takes time to establish and round out the characters before sending them into battle. This makes you care about the outcome of each fight and have an emotional response if/when something bad happens.

While this is a celebration of female power, it isn’t afraid to show the warriors’ weaknesses too. They aren’t just invincible killing machines; they have rich backstories and sometimes feel vulnerable too. This nuance is presented so truthfully thanks to the mostly female team, including screenwriter Dana Stevens and cinematographer Polly Morgan.

The film is brilliant for female representation, particularly women of colour. There are no Caucasian people in the cast (the one white supporting character trades slaves) and the principal characters speak with African accents.

Davis has had a long dramatic career but hasn’t dabbled with action much. At 57, it is impressive to see her as the strong and formidable Nanisca, who is world-weary and covered in battle scars. One minute you might see her in hand-to-hand combat against a tough man and the next, she’s emotional and confiding her fears to her close friend Amenza (Sheila Atim). Davis can do both with ease.

Audiences are likely to connect with Nawi the most because she is a newbie in the Agojie world and we learn about it through her eyes. She is hot-headed, impulsive, and cannot follow orders, which are not traits well suited to the teamwork and strategy required for surviving battles – so Nanisca has to make her learn.

They may be the two biggest characters but the scene-stealer is Lashana Lynch as the cheeky, funny Izogie, who looks out for Nawi.

The Woman King is one of the best movies of the year – make sure you check it out!

In cinemas from Tuesday 4th October.