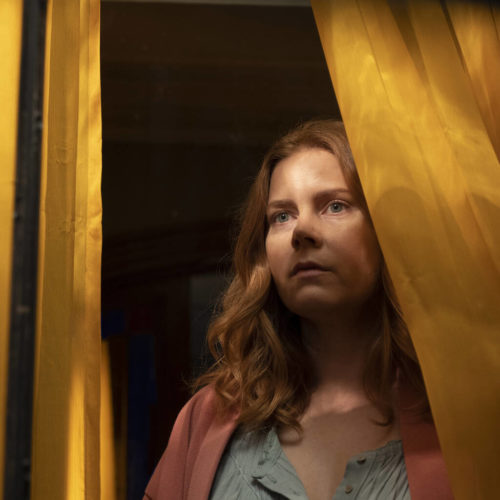 The Woman in the Window

The movie adaptation of A.J. Finn’s best-selling novel was filmed in 2018, the same year the book was released, and since then it has faced delay after delay to its release date. Netflix eventually swooped in and saved the day so fans could finally check it out.

The film follows Anna Fox (Amy Adams), an agoraphobic who lives alone in a huge New York City townhouse and spends her days drinking heavily, watching classic movies, and snooping on her neighbours, especially the Russells, who have recently moved in directly across the street.

One night, Anna witnesses Jane Russell (Julianne Moore) being stabbed in her home and calls the police to report the crime. However, when Detective Little (Brian Tyree Henry) comes to investigate, Jane Russell (now Jennifer Jason Leigh) and her husband Alistair (Gary Oldman) show up and insist she is mistaken. Who is telling the truth?

The story is essentially Rear Window meets The Girl on the Train and it’s apparent that director Joe Wright was hoping to make an Alfred Hitchcock-style classic thriller thanks to some of the bizarre Hitchcock-inspired stylistic flourishes he employs, but it was never going match that standard by virtue of the fact the novel itself has a disappointing third act which ruined what had come before it.

That’s the same here, despite there being some differences to the book. The revelation of the culprit felt rushed and underdeveloped and there wasn’t enough explanation about his/her motivations to make it feel remotely convincing. Everything happened too quickly for the information to sink in before it was all over and then the film concluded with an implausible epilogue which is very different from the novel.

This isn’t one of Adams’ finest performances but she did a good job portraying a woman who is so mentally unstable that nobody believes her, thinking she’s suffering from hallucinations as a result of mixing her medication with lots of wine.

The other standout supporting cast members were Wyatt Russell as Anna’s downstairs lodger David, who has been given a much meatier storyline, and Henry as the sensitive and compassionate detective.

On the other end of the spectrum, there’s Oldman, who went for big and loud acting that lacked any sense of nuance and subtlety, and Fred Hechinger as his onscreen son Ethan, who felt completely miscast.

It’s difficult to comment on Moore, Leigh, and Anthony Mackie as Anna’s estranged husband Ed because they have such small roles. It’s surprising they even signed up for such minor parts because their talents are wasted.

The Woman in the Window is not the disaster some headlines are declaring it to be. Admittedly, it suffers from many problems such as editing, pacing, coherence, and the poor third act, but it is still quite an enjoyable watch.