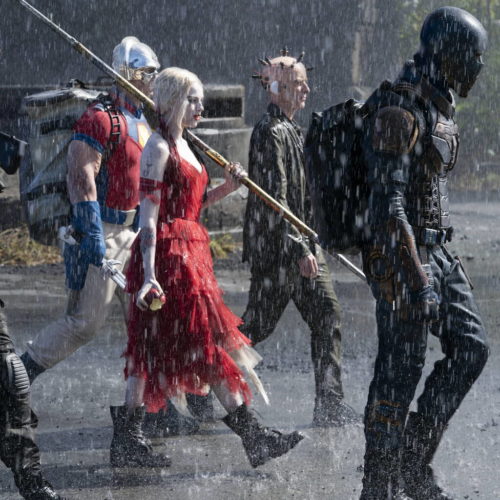 Verdict: The Suicide Squad is the most fun superhero movie that's been released for a while. You're in for a treat!

David Ayer’s 2016 movie Suicide Squad wasn’t particularly well-received, and so, producers at Warner Bros. handed the torch over to James Gunn to make this standalone sequel.

Once again, inmates of Belle Reve prison are recruited by Amanda Waller (Viola Davis) to become a part of Task Force X – aka The Suicide Squad – in exchange for shaving time off their sentences.

Ayer’s Suicide Squad was very dark and serious and Gunn has gone in the totally opposite direction with his installment.

The Suicide Squad is an absolute blast from start to finish. It is tongue-in-cheek, ballsy, chaotic, and such a riot, with almost non-stop action and extremely violent and gory moments – consider yourself warned.

If you’re familiar with Gunn’s previous work – such as Slither and the Guardians of the Galaxy franchise – then you’ll have an idea about his sense of humour and know what to expect with The Suicide Squad. The script is hilarious and the film doesn’t take itself seriously at all.

And besides the obvious DC characters that would never be killed off, Gunn was able to do what he liked with his ‘heroes’ – none of them are safe, some of them are wiped out in a violent fashion, and it was refreshing not knowing who would make it.

Robbie’s Harley is always the star of the show and she once again steals every scene she’s in. The actress has so much unhinged chaotic energy that she’s so captivating and fun to watch.

Elba’s banter with Cena’s Peacemaker over who is a more formidable opponent was entertaining, King Shark’s constant need to eat was funny (yet violent), and then is a running gag with Polka-Dot Man (David Dastmalchian) that is genius.

Most of the characters are given comedic moments, with the exception of Flag – who is as bland as ever – and Ratcatcher II, who is the heart of the film and a much-needed nice character amongst all the villains.

The Suicide Squad is the most fun superhero movie that’s been released for a while. You’re in for a treat!

In cinemas from Friday 30th July.