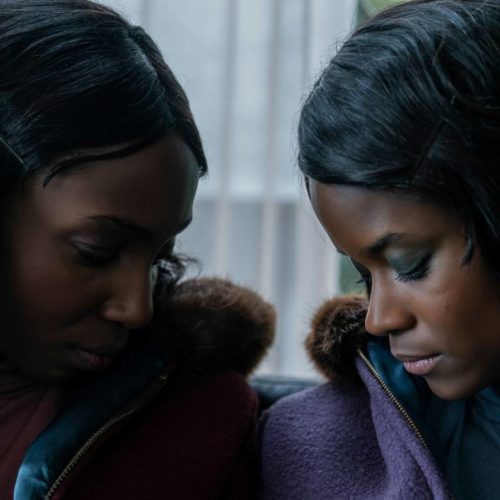 Verdict: The Silent Twins shines a light on a powerful and unusual story and features stellar performances from the joint leads.

Letitia Wright and Tamara Lawrance recently won the Best Joint Lead Performance award at the British Independent Film Awards for The Silent Twins and it’s clear to see why.

In the drama, directed by Agnieszka Smoczynska, they play real-life twins June and Jennifer Gibbons (Wright and Lawrance, respectively). They were dubbed the silent twins because they only spoke to each other for many years – they wouldn’t even speak to their parents.

Growing up in the only Black family in a small Welsh town in the ’70s and ’80s, the girls were shunned and bullied so they turned to each other, finding solace in the fantasy stories they wrote in their shared bedroom.

Their behaviour confounded experts at the time, and after a string of petty crimes, they were sent to Broadmoor psychiatric hospital, where they ended up staying for 11 years.

The Silent Twins, based on the book of the same name by Marjorie Wallace, a journalist who interviewed the sisters, is a bleak and sad film, particularly in the latter half. It’s absolutely maddening how they were treated because they didn’t speak. If you’re looking for a feel-good movie, this is not what you’re after.

This isn’t a traditional biographical drama – it occasionally breaks away from the dull grey present to bright dream sequences while some of their stories are brought to life via stop-motion animation scenes. The story is told in a very quirky and unexpected way but it reflects the Gibbons’ unusual upbringing.

The film doesn’t really dig deep into why June and Jennifer decided to be silent to others or why they kept it up for such a long time, so it’s hard to understand their choice, particularly when they were punished so greatly for it. But they lived a mysterious life and perhaps nobody else truly knows.

Wright and Lawrance do terrific work as individuals but they shine when they’re together as they are so convincing as sisters. One criticism would be their speech. The Gibbons’ language was quite unintelligible to outsiders, and while they’ve obviously tried to make their accents as accurate but clear as possible, it’s still quite hard to understand them all the time. They speak quickly with a speech impediment so it’s tricky to decipher sometimes.

The Silent Twins shines a light on a powerful and unusual story and features stellar performances from the joint leads.

In cinemas from Friday 9th December.