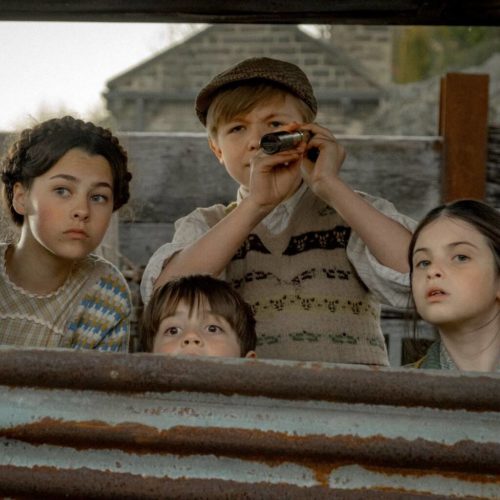 Verdict: This sequel is as old-fashioned and wholesome as the original and the new children are hilarious and packed full of personality

Evacuees Lily, Pattie and Ted are relocated to Oakworth during World War II and get placed with Jenny Agutter’s Roberta ‘Bobbie’ Waterbury.

Fifty-two years after the children’s classic warmed the hearts of the nation, a sequel featuring a new set of railway children has arrived.

The Railway Children Return, the follow-up to the 1970 classic, tells the story of Lily (Beau Gadsdon), Pattie (Eden Hamilton) and Ted (Zac Cudby), siblings who have been sent to Oakworth in Yorkshire to stay safe while their mother remains in Manchester during World War II.

The people of Oakworth are reluctant to take in three children so Roberta ‘Bobbie’ Waterbury – Jenny Agutter reprising her role from the original – suggests they come live with her, her headmistress daughter Annie (Sheridan Smith), and grandson Thomas (Austin Haynes).

Much like the original, the sequel follows the siblings and Thomas on their adventures around the Oakworth station – plus their encounter with a wounded Black U.S. soldier named Abe (Kenneth Aikens), whom they find hiding out in one of the old carriages.

Despite being released in 2022, The Railway Children Return tries to aim for the same innocent and earnest feel of the first film as it seems quite old-fashioned and will likely make viewers who remember the predecessor feel nostalgic.

However, if you haven’t seen the original, rest assured that you will enjoy this film just fine, although you should probably make sure you know who Bobbie is first.

You will miss all the callbacks to the original and certain moments might hold less significance, but you will still be able to understand and enjoy it.

The sequel tells a sweet, charming story that will warm people’s hearts once again.

The ending lets it down a little because it tries too hard and becomes rather contrived and sentimental.

While it was lovely to see Agutter back as Bobbie, it’s very much the children’s film and she takes a backseat.

The trio are excellent and packed with personality. Gadsdon stands out as their fearless leader and Pattie is hilarious as the outspoken tomboy.

Films this old-fashioned don’t really get made anymore and it’ll be interesting to see if it will appeal to modern children given its throwback feel and dialogue-heavy scenes.

The movie feels aimed at kids even though the fans of the original will be well over 50 by now.

While the film’s target audience is confusing, there is no denying that this is a cute, wholesome adventure that will educate children about evacuees.

In cinemas from Friday 15th July.