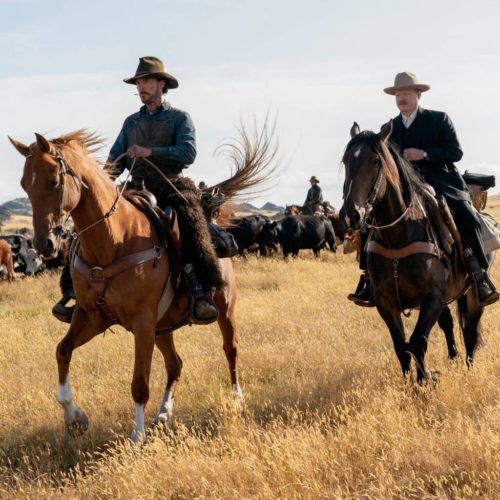 The Power of the Dog

Verdict: This slow-burning story features top-tier performances but is far too subtle and understated for its own good.

Jane Campion’s The Power of the Dog received rave reviews when it premiered in Venice in September, and now, film fans can check it out on Netflix before awards season kicks off in earnest.

The Western drama, set in Montana in 1925, follows feared rancher Phil Burbank (Benedict Cumberbatch) as he belittles his brother George (Jesse Plemons)’s new wife Rose (Kirsten Dunst) and her teenage son Peter (Kodi Smit-McPhee) and makes their lives miserable when they move into the family ranch. However, all that changes when he finds himself exposed to the possibility of love.

The Power of the Dog is a slow-burning film that simmers with tension and always feels like there’s something bubbling beneath the surface that could explode at any moment – but it frustratingly never does. It felt like it was building towards a huge moment but then never delivered upon this promise.

It tells an unexpected story that should have contained plenty of dramatic moments, but Campion opts for the subtle and understated approach and doesn’t give us the satisfying ending it seemed to be heading towards.

Despite this, the film still deserves praise for its unsettling atmosphere, the gorgeous cinematography, particularly of the rural landscapes (actually shot in New Zealand), and the performances from the cast.

A nasty, domineering character isn’t someone who you’d expect Cumberbatch to usually play but Campion’s left-field casting choice pays off. He fully convinces as this permanently sweaty and dirty rancher who is the embodiment of toxic masculinity. He can barely contain his rage, jealousy, and resentment and doesn’t know how to express those emotions so he lashes out at others. Plemons couldn’t be more different as the brother, who is polite, polished, and caring.

Cumberbatch’s name will likely end up in the awards conservation, but Dunst should be involved for her supporting role as well. She does a terrific job with Rose, who turns to alcohol to cope with her melancholy. Smit-McPhee is a particular surprise as her effeminate son. His work is very subtle and he has this quiet power that is rather captivating.

While there is a lot to appreciate about The Power of the Dog, it’s a bit too slow and understated for its own good and lets the viewer down at the final hurdle.