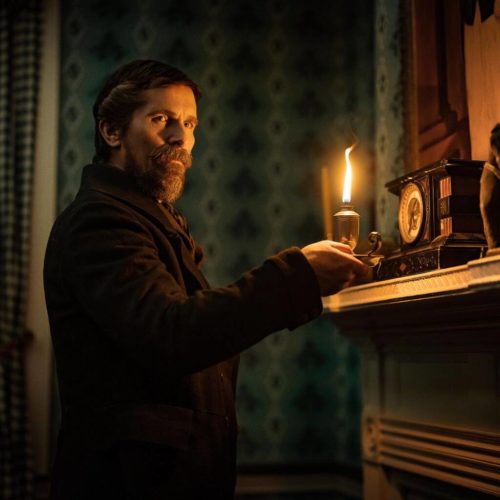 Verdict: The Pale Blue Eye is a serious, slow-burning whodunit with engaging performances from Christian Bale and Harry Melling

Christian Bale plays a world-weary detective hired to solve the gruesome murder of a cadet in Scott Cooper’s whodunit.

Following their collaborations on Out of the Furnace and Hostiles, Christian Bale and Scott Cooper have teamed up once again for the pre-Civil War-era whodunit The Pale Blue Eye.

Early into his investigation, Landor finds himself a valuable asset – a young eccentric cadet named Edgar Allan Poe (Harry Melling) who helps him gain information on his suspects from the inside.

The movie, which Cooper adapted from Louis Bayard’s 2003 novel of the same name, is fictional despite the fact it features Poe, the famed author and poet, as a character.

Poe did genuinely serve at West Point in real life and was interested in mystery and the macabre, but the rest is make-believe and almost like an imagined origin story for his writing career and detective stories.

The narrative follows the standard procedural format but it feels unique and refreshing because of the period setting and the beautiful cinematography depicting the harsh winter landscapes around West Point.

It is a slow-burning story – some might argue it’s too slow – but it packs a punch at the end with an unexpected and surprising resolution followed by a game-changing twist.

The late-in-the-game reveal throws quite the curveball and forces you to re-examine everything that came before from a new perspective.

Jones has an interesting character arc as the academy’s physician, McBurney and Spall are solid as the heads of the academy and Boynton plays an odd girl (to put it mildly).

The first three have very little screentime but it’s still nice to see their familiar faces pop up.

Leading the charge is the ever-reliable Bale and the peculiar Melling, who anchor the story with their compelling mentor-mentee bond and elevate the material, making it more engaging than your average whodunit.

Serious, slow-burning movies like The Pale Blue Eye don’t get made as much as they used to and it’s unsurprising that it’s going on Netflix.

However, if you want to appreciate the stunning cinematography in its full glory, seek it out during its brief cinema run.