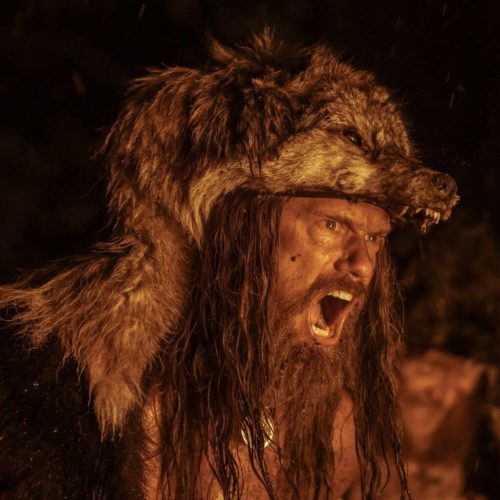 Verdict: Alexander Skarsgard was born to play the fierce and formidable lead in Robert Eggers' violent and brutal thriller

After making a name for himself with offbeat independent films The Witch and The Lighthouse, Robert Eggers has made the jump into the world of studio blockbusters with The Northman.

This ambitious revenge epic tells the story of Prince Amleth (Alexander Skarsgard), who witnesses his father, King Aurvandill (Ethan Hawke), being murdered when he is a young boy.

The killers try to hunt down Amleth too, so he runs away from home and spends years getting himself ready to exact revenge on the murderer and save his captured mother Queen Gudrún (Nicole Kidman).

For those concerned that Eggers’ directorial style might be lost with the massive increase in budget and scale – never fear.

This is still very much a Robert Eggers film, but it is probably more accessible than his previous two.

The Northman is as weird as those familiar with Eggers’ work might expect but it’s only odd in a handful of scenes and certainly not as bonkers as The Lighthouse, for example.

His visual style is still very much intact, too. His distinctive grim and grey colour palette remains and it looks grittier than his earlier films but it’s also balanced out by stunning shots of beautiful sweeping Icelandic landscapes.

Make sure you keep an eye out for his outstanding one-take sequences as well, particularly the early raid on a village.

These lengthy shots are filled with actors, animals, lots of movement, and violence so it must have taken meticulous planning to get those right.

After the early raid, it slows down and focuses on Amleth’s solo effort to infiltrate the murderer’s community.

However, although there aren’t many big action scenes, there is plenty of one-on-one fighting and moments of brutal violence.

Seriously, this film is not for the faint-hearted – it is primal and savage!

The film has moments of brilliance and scenes that are thrilling and exciting, but there are also significant portions that are quite long, slow, and kill the momentum.

Skarsgard completely transforms into the big, muscular, and physically threatening Amleth, a role he was born to play.

He is fierce and formidable as the warrior who has been hellbent on revenge for many years.

The other standouts among the star-studded cast are Kidman, whose character becomes increasingly unhinged as the movie progresses, and Anya Taylor-Joy as an ethereal sorceress and Amleth’s love interest.

The Northman is not your traditional studio revenge thriller – it is eccentric and raw.

Those familiar with Eggers’ work will do just fine, but newcomers may struggle with how bizarre it is at times.

In cinemas from Friday 15th April.