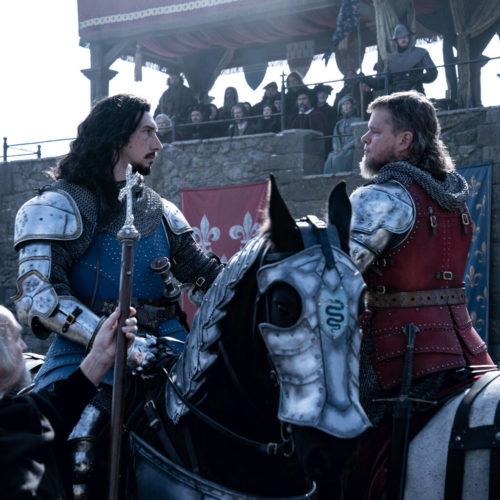 Verdict: The Last Duel is Ridley Scott's best film in a while and a fascinating tale which culminates in a brutal and thrilling showdown

At the age of 83, filmmaker Ridley Scott is showing no signs of slowing down, with The Last Duel being one of two Scott films to be released in late 2021.

His medieval epic, which is based on true events, is set in 1368 and depicts the last legally sanctioned duel in France, a battle between knight Jean de Carrouges (Matt Damon) and squire Jacques Le Gris (Adam Driver) after de Carrouges’ wife Marguerite (Jodie Comer) accuses Le Gris of rape.

Damon, Ben Affleck, and Nicole Holofcener, who wrote the script, brilliantly decided to divide the film into three chapters, with each segment retelling the same events from a different perspective. This narrative device made the film fascinating and it was so interesting seeing how each person perceived a certain event, decision, or interaction.

If you were concerned this structure might cause a lot of repetition, you’ll be pleased to know that isn’t the case very often and when a scene does play out again, the dialogue, action or intention within it are always different enough to make it feel fresh.

The film initially seems like a standard medieval tale and only becomes promising from the second chapter, which is from the perspective of Le Gris, who is a womanising rogue and good friends with the camp and hilarious Count Pierre (Affleck). His chapter was light-hearted and humorous and also more intriguing as it adds a layer of perspective onto what we’ve already seen. The film truly excels with the final – Marguerite’s – chapter, as it contains the hard-hitting rape scene from her perspective and culminates in the titular duel.

You may have to wait over two hours for the duel but rest assured it’s worth the wait. It’s brutal, violent, and thrilling, well shot and clearly executed, and by this point, you are so invested in the story you genuinely care about the outcome.

Although the duel will be the main draw for many, the rape storyline is also very important and the way Marguerite is treated has many parallels to survivors today, despite being set in the 1380s. She’s not believed, made to feel like she led Le Gris on, and bombarded with deeply private questions and accusations in court.

All the cast deliver excellent performances but Comer is the heart of the piece and the most captivating presence. Marguerite may have less screentime than the others, but she is the one the audience – particularly female viewers – should emotionally connect to.

The Last Duel begins like an average historical drama but it keeps getting better and better as it goes. Scott is on top form and this is one of his best films in a while. Let’s see if he continues that streak with the imminent House of Gucci.

In cinemas from Friday 15th October.