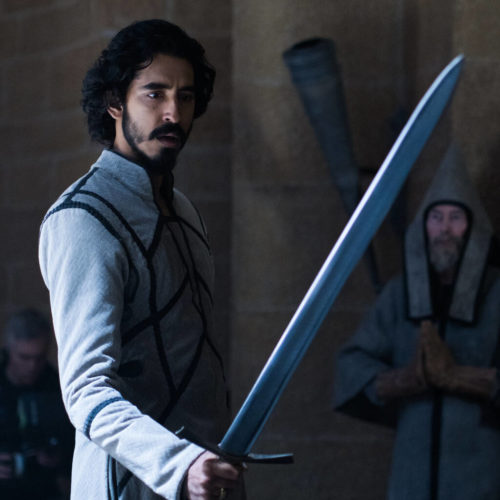 U.K. audiences almost got David Lowery’s latest movie in August, but it was removed from the schedule at the last minute and is finally back with a simultaneous cinema and streaming release.

The epic fantasy adventure, inspired by Arthurian legend, stars Dev Patel as Sir Gawain, King Arthur’s reckless nephew, who agrees to a challenge presented by the Green Knight (Ralph Ineson), a formidable green-skinned foe, at Christmas – any knight able to land a blow on him will win his green axe.

However, that person must go to the Green Chapel the following Christmas and receive an equal blow in return.

As the next Christmas rolls around, Gawain sets off on a quest filled with giants, robbers, lords, ladies, and a friendly fox to confront the Green Knight and accept his fate with honour.

The narrative is very strong at the beginning and end but is weaker around the middle as we get into Gawain’s perilous journey, even though you might be easily distracted by the stunning cinematography of the rugged landscapes, shot in Ireland.

The journey portion of the medieval tale is slow and meandering but it’s never dull thanks to the bunch of characters our lead encounters along the way, such as Barry Keoghan as a scheming scavenger and Joel Edgerton and Alicia Vikander as a Lord and Lady who invite him to stay.

Although they were always intriguing, there were too many run-ins along the way and Gaiwan’s journey could have easily been much shorter and pacier.

Hiring Patel for a role that is traditionally portrayed by a white man was an inspired piece of casting by Lowery.

He was the ideal choice for Gawain, who wrestles with his vulnerability and the desire to become an honourable hero.

As the title character, Ineson brought a strong fearsome energy, despite being covered in prosthetics, and Keoghan had the exact slimy mischievous attitude any swindling schemer should have.

The biggest issue was with Vikander in the dual roles of Essel, a peasant woman and Gaiwan’s lover, and The Lady, who seduces our lead.

It’s not clear why she was hired for both roles, particularly when her strengths clearly lay with the latter character. She is too poised and prim to be convincing as the common Essel and her attempt at a Northern accent isn’t great.

The Green Knight is a curious adventure with a strong star turn from Patel. Although the film is a bit too long, fans can rest assured that their patience will be rewarded with a satisfying albeit ambiguous ending.