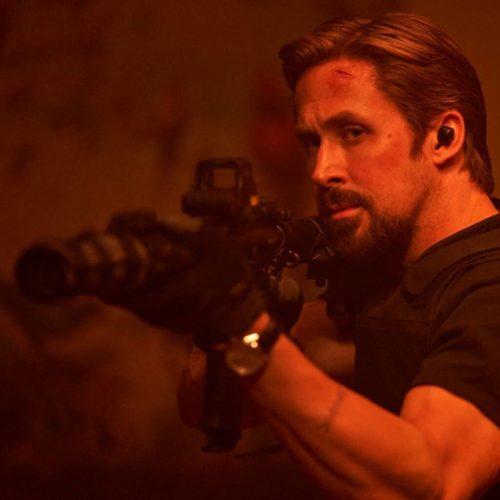 Verdict: The Gray Man is entertaining enough but it should have been much better than it is given the cast and filmmaking team involved

Their latest collaborative project, titled The Gray Man, is an action thriller starring Ryan Gosling as Sierra Six, a convict who was released from prison based on the agreement that he would serve the CIA in an unofficial, off-the-books capacity.

When a hit goes wrong and Six ends up in possession of incriminating evidence again his boss Denny Carmichael (Regé-Jean Page), Carmichael calls up another private contractor – Lloyd Hansen (Evans) – to hunt Six down and retrieve the precious asset.

Given the talent involved both on and off screen and the reported $200 million production budget, The Gray Man should have been much better than it is.

It is entertaining enough but it fails to be anything more than a bland, generic action movie.

For starters, the plot is very basic and uninspired. Presumably, the Russo Brothers hoped that the action sequences would be so good you wouldn’t notice its narrative shortcomings.

Unfortunately, the action is very hit and miss.

Some of it looks very cool and there are some impressive fights and stunt choreography, however, these sequences are often let down by poor CGI and editing.

It is baffling how a film this expensive could look so cheap and have budget CGI (the tram set-piece ends in an awful CGI mess) and be edited in a way which prevents the sequences from being clear and well-executed.

Occasionally, the Russos also used zippy drone shots that make tight turns and zoom over various cities and the camera movement was quite disorientating and distracting.

Markus and McFeely – who wrote the last two Avengers films and all three Captain America installments – are usually great at mixing action, high stakes, and zingy comedic one-liners but their script wasn’t quite up to par this time around.

Gosling does well with his dialogue thanks to his wry sense of humour but Evans and Page are given some clangers that they can’t save.

Gosling was perfectly cast as the seemingly invincible action man with a heart of gold and it’s no surprise he will return as Six in a sequel.

Ana de Armas held her own as a CIA agent he teams up with against Hansen, and Julia Butters was the star of the show as his daughter figure Claire.

Evans looked like he had a blast playing the villain, a character far removed from his wholesome Captain America, but it was hard to be truly convinced that he was a baddie because he’s usually such a nice guy.

Page and Jessica Henwick – as his right-hand woman – weren’t given much room to show off their abilities and were very stereotypical.

The Gray Man is easy to watch but it’s a disappointment given the calibre of the cast involved.