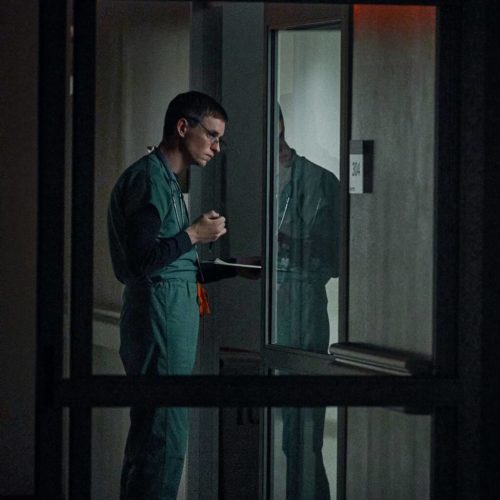 Verdict: This fascinating, gripping true crime thriller tells a serial killer story through the eyes of his friend and colleague

Recently, films and TV shows about serial killers have been accused of glamorising the murderers and re-traumatising the victims.

But The Good Nurse, which screenwriter Krysty Wilson-Cairns adapted from Charles Graeber’s non-fiction book, takes a different approach with the story of serial killer Charles Cullen (played by Eddie Redmayne) – it is told through the eyes of his co-worker Amy Loughren (Jessica Chastain) and Cullen is a supporting character.

Despite leaving his previous hospital in a shroud of suspicion, Cullen easily gets another nursing job at Amy’s hospital, where patients start unexpectedly dying under unusual circumstances.

This isn’t a whodunit story because we know from the very beginning Cullen is responsible for these deaths.

It is more of a police procedural as we follow Loughren (who is also real) helping detectives Danny Baldwin (Nnamdi Asomugha) and Tim Braun (Noah Emmerich) with their investigation into Cullen.

However, as the healthcare system in America is a for-profit business, executives at the hospital are reluctant to help with the case and actively put obstacles in the way to stop them from accessing the evidence they need. T

hey don’t want to accept any liability for hiring a serial killer so they sweep it under the carpet and that’s why Cullen is able to move from hospital to hospital easily.

Because the story is told through Loughren’s eyes, we see Cullen how she did – he was her close friend, a nice man, and a good nurse, which made his actions all the more horrifying and upsetting.

The creative team made the right decision choosing to focus on Loughren because what she did to help put her friend away is incredibly brave.

The Good Nurse is told in a straightforward, low-key manner, and not overly sensationalised. It doesn’t need to be because the facts of the case are gripping and compelling on their own.

Chastain leads the charge as stressed-out single mother-of-two Loughren, who sticks her neck out for the patients when the majority look the other way.

Redmayne’s casting makes sense when you see him operating like a friendly person at the hospital.

We catch a glimpse of him in serial killer mode at the end and that’s when Redmayne’s acting lets him down. It is so over-the-top and cringe-inducing.

This fascinating thriller shines a light on a serial killer most people outside of the U.S. probably won’t have heard of, even though experts believe he is the most prolific killer in recorded history.

In selected cinemas from 19th October and on Netflix from 26th October.