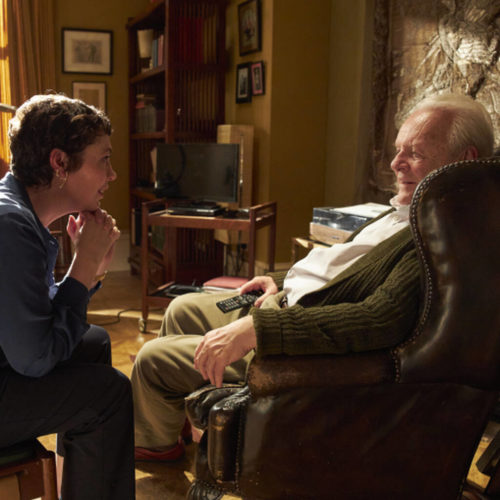 Verdict: Anthony Hopkins well and truly deserved his Best Actor Oscar win for his performance in this clever drama

Back in April, Anthony Hopkins was deemed the surprise winner of the Best Actor Oscar, and now U.K. audiences can finally see the film, they can hopefully see why his win shouldn’t have been controversial at all.

The Father, co-written and directed by Florian Zeller from his 2012 play La Pere, tells the story of Anthony (Hopkins) and his battle with dementia and shows his daughter Anne (Olivia Colman) struggling to figure out the best way to care for him.

If you think The Father is going to be a conventional drama about ageing and be just two people talking in a room, you will be very much mistaken.

Zeller impressively manages to place the audience in the shoes of Anthony, forces us to see the world from his perspective, and makes us feel what it’s like to lose your grip on your own mind.

It’s incredibly clever but absolutely unnerving, particularly in the beginning when you don’t know what’s going on, who is who, what is real or not, and who these random characters that keep appearing are. It’s confusing, disorientating, and frustrating – which is exactly how we are supposed to feel.

With the narrative being so tricky to follow, the film had to be anchored by solid performances and there is no doubt about that.

Hopkins runs the gamut of emotions as Anthony – he is angry, cruel, confused, exasperated, vulnerable, giddy with joy – and if that isn’t enough to sell you on his Best Actor win, wait for the final scene, which is one of the most heartbreaking and devastating pieces of acting you’ll see in a while.

Your heart will also break for Colman’s Anne, she has the weight of the world on her shoulders looking after her dad – who is often cruel to her – when he really should be put in a home.

She is the emotional heart of the piece and truly deserved her Oscar nomination.

They have great support from Rufus Sewell as Anne’s partner, who is desperate for Anne to give the responsibility for Anthony’s care to a professional, Imogen Poots as his sweet but often accidentally condescending carer, and Mark Gatiss and Olivia Williams as the random confusing characters (who are explained in the end).

The Father is one of the most empathetic portrayals of dementia on film ever and features the most extraordinary performance by Hopkins. Don’t miss it.