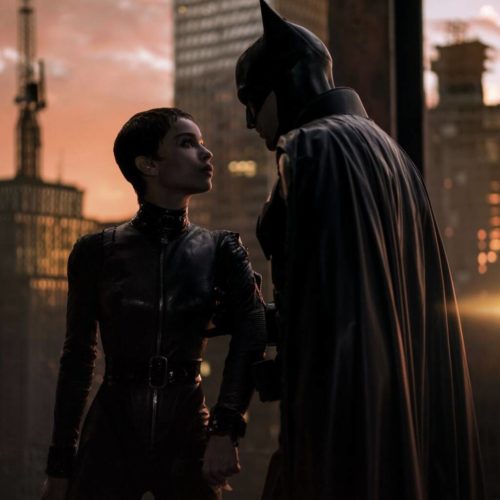 Verdict: Matt Reeves has created a technically perfect and refreshing spin on the classic Batman tale - it's just a shame about the length.

Many actors have worn the Batsuit – Michael Keaton, George Clooney, Ben Affleck – to name a few. And now, it’s time for Robert Pattinson to make his debut as the Caped Crusader.

Matt Reeves’ movie is not your usual superhero story – this is a neo-noir detective story that just happens to star Batman. The reboot is set during Bruce Wayne’s second year of fighting crime in Gotham City, and it follows him as he works with GCPD Lieutenant James Gordon (Jeffrey Wright) to track down the serial killer Riddler (Paul Dano), who seems to be targeting city officials.

This world is very different to the one we usually see in Batman films. Bruce is younger and more inexperienced at fighting crime and is also a moody recluse instead of the flashy billionaire who loves a photo opp. Oswald Cobblepot (Colin Farrell) is not yet The Penguin, he’s just a mid-level gangster named Oz, and Catwoman (Zoe Kravitz) takes a backseat to her alter ego Selina Kyle.

The detective angle was a masterstroke as it makes a story we’ve seen time and time again feel fresh and interesting. It is a self-contained crime thriller that is more reminiscent of David Fincher’s Se7en and Zodiac than straightforward superhero fare. The focus is on character and story rather than arbitrary action and gimmicks.

On a technical level, the film is perfect, with Greig Fraser’s cinematography being a particular standout. The action scenes are few and far between but they are clean, economical and effective, and the story builds to a thrilling finale that isn’t a CGI mess for once.

However, the film takes itself VERY seriously. It is even darker, grittier and more grounded than Christopher Nolan’s Dark Knight trilogy and Gotham City is gloomy, depressing, and constantly drenched in rain.

Plus, the script isn’t the strongest. Some scenes are so dark it’s hard to see what’s happening, and it takes a long time to get going. Reeves could have tightened up certain sequences to fix the pacing as there is absolutely no need for it to be almost three hours long.

Many were uncertain about Pattinson’s casting as Batman when it was announced but he works perfectly for the weird, awkward, emo version of Bruce, while Kravitz nails the gorgeous femme fatale persona for Selina. The character is sexy, seductive, and kicks butt.

Although the two leads are well cast, the stars of the show are the villains. Dano is terrifically unhinged as The Riddler, who finally gets the limelight and has been made into a twisted psychopath instead of the campy comedy villain covered in question marks.

Farrell was entertaining as Oz, the only character who attempts comedy in the whole film, and the prosthetic work on him is remarkable. You would never know it was him and it looks very realistic.

If you wanted The Batman to be your average superhero film with ties to other DC properties, you will be sorely disappointed. It is not light, it is not fun, and it’s long and quite slow in places so make sure you’re in the right mindset for it. Be sure to stick around for the credits!

In cinemas from Friday 4th March.