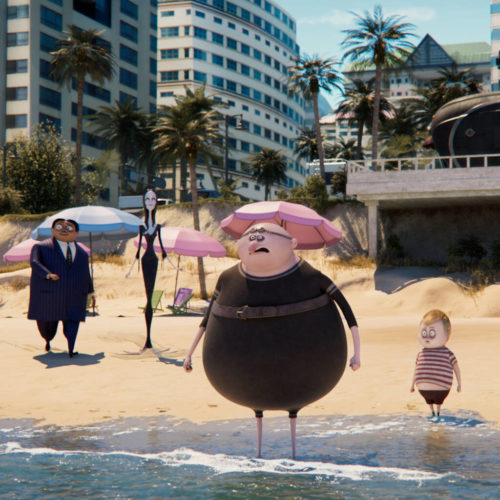 Verdict: This animated sequel is unnecessary and not as entertaining as the previous film but children should still find it an enjoyable watch

Morticia and Gomez Addams take their family on holiday across America to try and bring them closer together.

Halloween season has well and truly arrived with the release of The Addams Family 2.

In this sequel to the 2019 animated children’s film, Wednesday (voiced by Chloe Grace Moretz) is seeming more down and despondent than usual, so Gomez (Oscar Isaac) proposes that they go on on a three-week family holiday across America, beginning in Salem and ending in Death Valley.

As you might expect, the trip doesn’t go to plan as they are being followed by a man who claims Wednesday was switched at birth and isn’t an Addams, while Uncle Fester (Nick Kroll) is slowly transforming into an octopus following a science experiment.

This sequel is completely unnecessary and the story doesn’t do enough to justify its existence. However, it was nice to revisit these wacky characters once again and it was still a lot of fun.

The film is nowhere near as funny as the first one but there are plenty of silly shenanigans to keep kids entertained plus jokes for the adults too. It doesn’t manage to keep our attention as well as the previous movie and your concentration may dip as it approaches the final act, which brings it back with a wild monster-filled battle.

While the sequel isn’t as strong as the first film on a number of fronts, it didn’t disappoint with the stellar soundtrack, which is filled with contemporary bops, rap and a surprising use of Motorhead’s Ace of Spades, while Lurch (co-director Conrad Vernon) takes on Gloria Gaynor’s I Will Survive in an unexpected but amusing musical number.

With the exception of Javon Walton replacing Finn Wolfhard as Pugsley, the majority of the voice cast from the earlier film return and they do a solid job bringing the characters to life. Just like before, you might be unable to guess who voices each character as they sound so different, especially Charlize Theron as Morticia. Isaac gives his voice a Hispanic flair for Gomez, while Moretz elongates her words and sentences as if speaking is an effort for Wednesday.

The Addams Family 2 is unnecessary and not as entertaining as the previous film but children should still find it an enjoyable watch.

In cinemas from Friday 8th October.