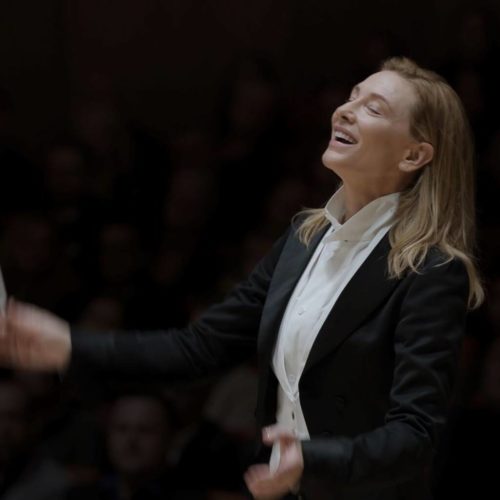 Verdict: Cate Blanchett must surely win the Oscar for her extraordinary performance in this outstanding drama

Cate Blanchett is a sure-fire bet for an Oscar nomination this year thanks to her undeniably impressive performance in Tár.

The drama, written and directed by Todd Field, is set in the world of classical music in Berlin, Germany.

Renowned American composer-conductor Lydia Tár, the head conductor of the Berlin Philharmonic, is preparing to perform Gustav Mahler’s Symphony No. 5 with a major orchestra for the first time.

The live recording will mark a significant achievement in her career.

However, during this time, someone from Tár’s past makes an allegation against her and her life and career spiral out of control.

Field’s film is so realistic that some audiences believed Tár to be a real person.

The drama very much feels like a biopic depicting the downfall of a famous and well-respected conductor but it is a work of fiction.

This misconception is a testament to Field’s rich, authentic, and thoroughly convincing screenplay.

Tár has a hefty runtime of two hours and 38 minutes, but it, fortunately, doesn’t feel that long because the story and its lead character are deeply compelling and fascinating.

However, it does outstay its welcome for about 15-20 minutes at the end as it didn’t need that much time to wrap her story up after the climactic scene.

Also, the story seemed like it was preparing for Tár’s assistant Francesca (Noémie Merlant) to have more to do but she does not, which was disappointing, and it would have been more satisfying if Tár’s wife Sharon (Nina Hoss) fully unleashed her anger about her partner’s transgressions.

Blanchett already has two Oscars to her name and the odds are in her favour for Tár to make it three.

She is electrifying in the conducting scenes, where her body is overcome by the music, and there is one standout climactic scene that will surely end up in her nominee montage because her acting in it is extraordinary.

Tár is a triumphant piece of cinema with an awards-worthy lead performance, a gripping original screenplay, and an impressive supporting cast. A must-watch!

In cinemas from Friday 13th January.