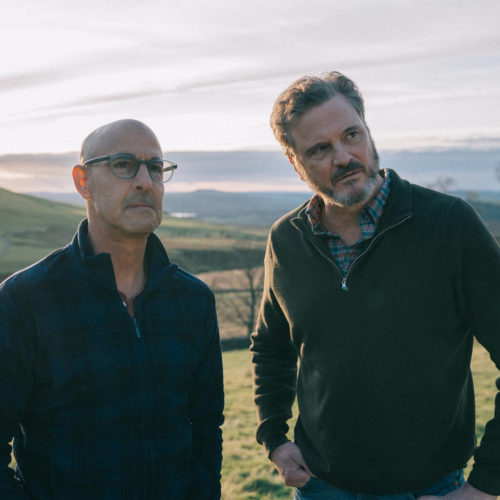 Stanley Tucci and Colin Firth travel across England in an RV to see their family and friends one last time.

Prepare to have your hearts broken by Stanley Tucci and Colin Firth in this moving drama.

Supernova, written and directed by Harry Macqueen, tells the story of British pianist Sam (Firth) and American author Tusker (Tucci), who have been partners for more than 20 years.

They decide to travel across England in an RV to visit family, friends, and places meaningful to them one last time before Tusker deteriorates further in his battle with dementia.

Putting Firth and Tucci together was an inspired piece of casting as they are so well-liked individually, meaning most viewers automatically care about their relationship.

But even if you don’t from the get-go, you will certainly end up investing in them as characters.

The dynamic between them was lovely, they played off each other well and had great chemistry.

It was enjoyable watching their light-hearted and playful bickering at the beginning – these pieces of dialogue were very well-written – and becoming more and more deeply involved in their sad story until the heartbreaking final act.

Some may find the film too slow-moving and a bit too subtle and delicate in places, with Macqueen sometimes opting to go for minimal dialogue when a big confrontational conversation would have been more satisfying as a viewer.

And for those concerned that this film might be a bit too serious and heavy, it’s worth pointing out that there’s a lot of unexpectedly funny moments among the drama too, as Tusker often uses humour to deflect from the seriousness of his degenerative illness.

Reliable actors that they are, it’s no surprise that Tucci and Firth both give very emotionally-charged, moving performances that should have been deserving of nominations this past awards season – had the film been released when it was originally supposed to be late last year after a successful film festival circuit.

Their tender performances should both be applauded, but Tucci has the more demanding role as he has to visibly manifest the physical symptoms of dementia and he does this in a subtle and convincing way.

If we’re being reductive, Supernova is essentially a LGBTQIA+ and British take on The Leisure Seeker, the 2017 film starring Helen Mirren and Donald Sutherland, but it still feels original and fresh, despite the similarities.

It is definitely worth checking out this poignant love story as it features strong performances and some beautiful cinematography.

In cinemas from Friday 25th June.