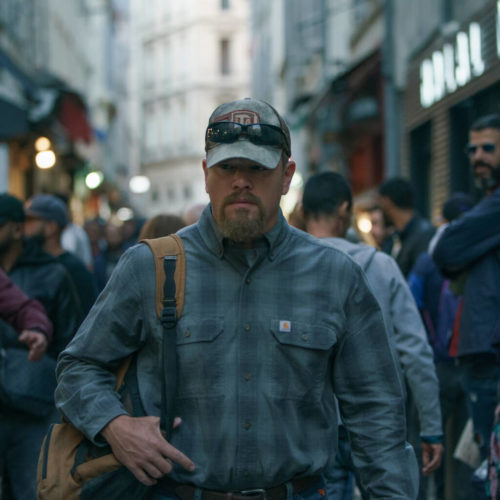 Matt Damon tries to prove his daughter’s innocence after she is imprisoned for murder in Marseille.

Todd McCarthy’s latest movie Stillwater – starring Matt Damon – made its debut at the Cannes Film Festival in July and it’s wasted no time in coming to cinemas.

The film follows Bill Baker (Damon), an oil rig worker from Stillwater, Oklahoma who frequently flies out to Marseille in France to visit his daughter Allison (Abigail Breslin), who has been in prison there for five years.

She was found guilty of murdering her girlfriend Lina and continues to protest her innocence, and Bill tries to clear her name during his latest visit, which turns out to be much longer and more complicated than he planned.

If you’re concerned this is going to be a slow, serious drama, you don’t need to worry, because Stillwater has a lot of laugh-out-loud moments – just every day funny moments – to balance out the serious subject matter.

The drama revolving around Allison – loosely inspired by the Amanda Knox and Meredith Kercher case in 2007 – is the hook that will pull audiences in and keep them hanging until the end.

Even though this aspect is intriguing, the other side of the story – depicting roughneck Bill forging a new life for himself in France – is far more emotionally involving.

Bill asks an acquaintance Virginie (Camille Cottin) to serve as his translator at the start of his visit and they become close friends, with him taking her daughter Maya (Lilou Siauvaud) under his wing. It was so lovely to watch him learning French and creating this family unit in a new country.

Unfortunately, the ending of Stillwater is disappointing and anticlimactic. The story seemed to have been building towards a thrilling finale – but then McCarthy opted to go for a more subtle and understated approach and not show certain key moments onscreen, which is a shame.

Damon deserves praise for this fantastic transformative role. Bill is rough, mumbling, serious, well built and has a distinct Oklahoma accent and Damon convinces in the part. Breslin isn’t in it as much as you’d expect and she should have had more chances to shine.

They’re the two big names on the poster but the standout performances were actually from the French cast.

Cottin has such a likely and warm presence and Siauvaud is a little star. She steals all the scenes she’s in with her straight-talking nature and handles her emotional scenes well.

Overall, this is a solid fish-out-of-water crime drama that is still worth a watch despite failing to stick the landing.

In cinemas from Friday 6th August.