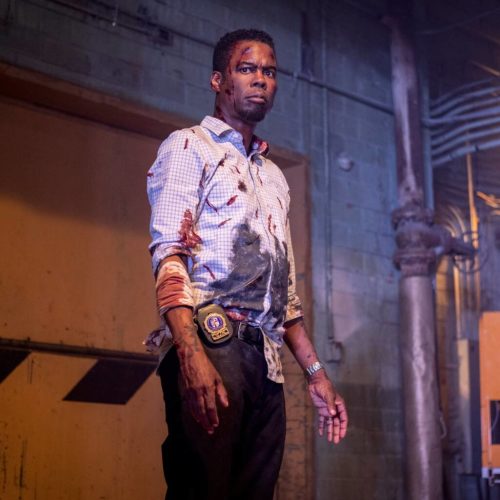 Verdict: Spiral doesn't do enough to take the Saw franchise in a new direction or give it a new lease of life

The Saw franchise was done to death (pun intended) between 2004 and 2010, with one released every year, and the most recent instalment, 2017’s Jigsaw, didn’t do enough to kickstart the series, so Lionsgate bosses have brought us another attempt – Spiral.

The movie follows troubled detective Ezekiel ‘Zeke’ Banks (Chris Rock), who is given a new partner named William (Max Minghella). They have been assigned to investigate a death on the subway – however, it becomes clear this isn’t a normal homicide and it bears a resemblance to the work of John Kramer/Jigsaw – the franchise’s usual antagonist.

And it isn’t some random person, the victim is a cop from their force. The latest killer is targeting the (many) corrupt members of the police department and picking them off one by one.

And after eight previous outings, director Darren Lynn Bousman and his team must have struggled to come up with unique and inventive traps that are up to the same standard as some of the classics (like the reverse bear trap). Most of them were average and forgettable, with the exception of one that is truly disgusting and gross.

Also, the mystery didn’t play out well enough, the pacing was off, flashbacks were used too much, the comedy elements didn’t fully work, and the social commentary about the police and how they “shot first, ask questions later” was well-intentioned but rather clumsy in its execution.

But the worst part of all is the ending. The reveal of the new killer is so underwhelming and anticlimactic, especially compared to the jaw-dropping last-minute twists the franchise is known for. It just felt so rushed, underserved, and far too dull for a killer reveal.

Viewers may not be sold on Rock as the lead of a Saw movie at first but these concerns will soon drop away. Elsewhere, it’s curious that a big-name star like Samuel L. Jackson signed up to play Rock’s father Marcus because he is barely in it.

While Spiral is enjoyable for the most part, it doesn’t do anywhere near enough to justify its existence, and it has failed to build a strong foundation for potential sequels.