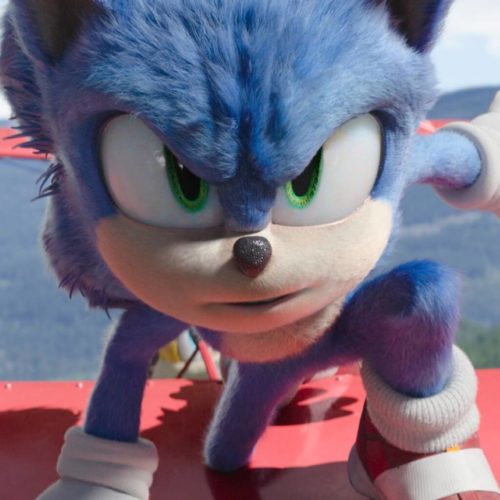 Verdict: Sonic starts off strong but outstays its welcome and is nowhere near as entertaining as the first film

Sonic the speedy blue hedgehog returns for more hijinks against Dr. Robotnik in this sequel.

After the first Sonic the Hedgehog was a box office success and surprisingly better than expected, it was only inevitable that a sequel would happen.

Following the events of the first film, our speedy blue hedgehog Sonic (voiced by Ben Schwartz) now sees himself as a superhero who can fight crime but just leaves destruction in his wake.

He assures his (human) parents Tom (James Marsden) and Maddie (Tika Sumpter) that he’ll be just fine when they go off to Hawaii for a wedding – but he doesn’t know that his old foe Dr. Robotnik (Jim Carrey) has escaped from his exile on the Mushroom Planet and is looking for revenge.

He teams up with Knuckles the Echidna (voiced by Idris Elba) to defeat Sonic and find the Master Emerald, which can give its owner unlimited power.

This live-action/animation follow-up does exactly what most sequels do – it goes bigger – but bigger doesn’t always equal better.

The action expands outside of their fictional Montana town of Green Hills and takes in locations such as Seattle, Siberia and Hawaii and incorporates more characters from the Sega video games, including Knuckles and Tails (voiced by Colleen O’Shaughnessey), a fox who helps Sonic.

This sequel starts pretty strong – it was funny and entertaining, had an ace soundtrack, was littered with pop culture references and homages to classic films.

But that eventually started to wear off as the time rolled on.

Sonic’s sarcastic quips got a bit boring, the thin plot became more and more exposed, and the momentum dipped.

The film had no need to be 122 minutes and you really feel that runtime in the second half.

In addition, the script is pretty weak, Marsden and Sumpter have very little to do outside of a chaotic wedding sequence, and there were a couple of shots where Sonic appeared a bit fuzzy as if his animation hadn’t been fully rendered.

Thankfully, Carrey elevates the material by once again being a larger-than-life meanie like The Grinch, The Riddler and The Mask.

Children should be entertained by his OTT facial expressions, line delivery and physical comedy.

Elsewhere, comedian Schwartz delivers Sonic’s zany zingers with charm, for the most part, O’Shaughnessey (who voiced Tails in the video games) makes the fox super cute and likeable, and Elba’s signature deep vocals work well for the angry Knuckles.

Sonic 2 feels quite rushed and like Paramount sped up production to get it out as soon as possible.

The results would have been better if everyone had taken their time. Hopefully, they will do so for the inevitable third film.

In cinemas from Friday 1st April.