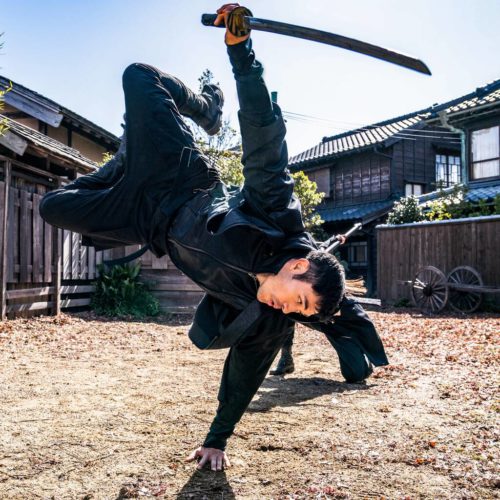 After making a name for himself in films such as Crazy Rich Asians and Last Christmas, it was only a matter of time before Henry Golding was tapped to front an action movie.

And that movie, Snake Eyes: G.I. Joe Origins, served as both an origins story for the masked G.I. Joe agent – who was played by Ray Park in 2009’s G.I. Joe: The Rise of Cobra and 2013’s G.I. Joe: Retaliation – and a reboot of the franchise.

The action follows Snake Eyes (Golding) as he is hired by Yakuza boss Kenta (Takehiro Hira) to befriend his cousin Tommy (Andrew Koji) and infiltrate the Arashikage clan.

If he delivers on Kenta’s request, Snake Eyes will get information about the man who murdered his father when he was a young boy.

The renewed G.I. Joe franchise hasn’t got off to a strong start – this origins story is extremely generic and feels exactly like every superhero origin story that came out in the early 2000s.

The superhero movie genre has come a long way since the days of the earlier G.I. Joe film series, so this needed to do more to stand out from the crowd.

It’s not the worst superhero movie ever but it sadly never manages to rise above average. The story didn’t excite, the action sequences were shot in a way that made them seem lifeless, and the screenplay was very poor.

The dialogue has no spark and doesn’t give the actors much opportunity to flesh out their very thinly-drawn characters.

In particular, Ursula Corbero as Baroness and Samara Weaving as Scarlett were given the briefest of introductions before they became a part of the action and you couldn’t help but wonder what the point of them being there was.

Weaving’s involvement becomes a bit more obvious at the end, as Scarlett is clearly a bigger player in the potential next movie (if there is one!)

Golding was charismatic in Crazy Rich Asians and more, but he failed to bring that charm to Snake Eyes, possibly because the character is so angry, brooding, and hell-bent on revenge.

The character was quite bland and Golding’s American accent was uneven.

Koji drew the short straw when it came to the dialogue and doesn’t come out of this particularly well, plus the storyline of Snake Eyes and Tommy (aka Storm Shadow) becoming rivals didn’t feel well set up or convincing.

They might be the lead but the star of the show is Haruka Abe as Akiko, a member of Arashikage – she is a badass fighter but also very compassionate.

Golding will make a good action movie lead one day – but he deserves better than the dull and generic Snake Eyes.