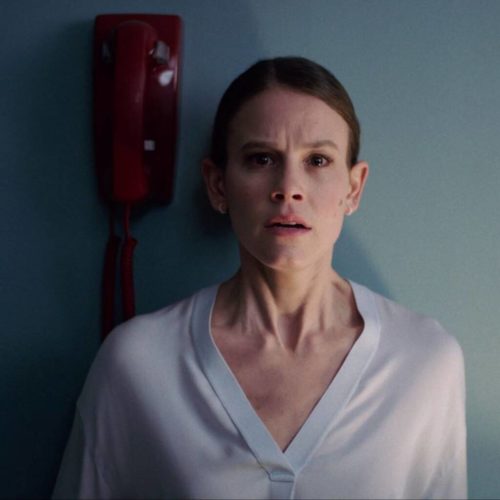 Verdict: Sosie Bacon gives a committed performance in one of the best horrors of the year

Sosie Bacon stars as a therapist who becomes terrorised by an evil entity in the new horror movie Smile.

Here’s some good news for horror fans – the most effectively terrifying movie of the year has arrived.

Smile follows Rose (Sosie Bacon, daughter of Kevin Bacon), a therapist working in an emergency psychiatric ward. One day, she tends to a patient who is convinced she is being terrorised by an evil being, and during the appointment, the patient plants an unusual, creepy smile on her face and kills herself.

It soon becomes apparent that the curse, or whatever was pursuing the patient, has now passed onto Rose and she has to figure out a way to stop it before it’s too late.

Smile is one of the best horror films this year and contains the best jump scare of 2022 so far. There are a few cheap jumps but you’ll never see the big one coming and it is so effective. Try and see this film with a big crowd as it makes that moment quite funny!

It’s not just about the jumps though – there are some horrifying images, a decent amount of blood and violence, and an insane and intense showdown that you might need to brace yourself for.

Like most horrors, Smile ups the scares and the tension as it goes along. It is unsettling and unnerving in the first half but it becomes more stressful when everyone believes Rose has gone crazy and she has to go it alone. And then it gets properly scary!

Smile isn’t just non-stop scares, of course. There are some breaks while we watch Rose trying to learn more about past victims and the chain of the curse with the help of her ex, police officer Joel (Kyle Gallner). Occasionally, these lulls feel too long, but the scares usually come back with a bang afterwards.

Horror fans will know that Smile is very similar to It Follows – but it doesn’t feel like a cheap knock-off because it’s different enough. However, the script isn’t the strongest and its handling of the mental health theme is questionable at best. There are also a few ‘scary’ moments that are so OTT and silly that you might laugh instead.

Bacon needs a shout-out for her committed portrayal of a woman who seems to be slowly descending into madness. She looks exhausted and on edge – being haunted by an evil force that can appear at any moment will do that to a person!

Smile is one of the most effective and creepy horrors of the year. Don’t miss this if you’re a fan of the genre.

In cinemas from Wednesday 28th September.