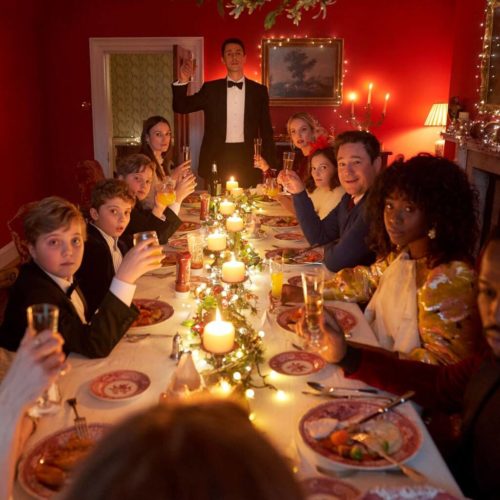 Verdict: Camille Griffin's directorial debut loses its way once the comedy gives way to the horror of the impending apocalypse.

If you’ve had enough of warm and fuzzy festive films this holiday season, then perhaps you should check out Camille Griffin’s anti-Christmas movie.

This black comedy/horror follows Nell (Keira Knightley) and her husband Simon (Matthew Goode) as they have their friends over to their rural country estate for Christmas. It’s not clear if it’s actually Christmas or if they’re doing a fake celebration for their final hurrah because it’s mankind’s last day on Earth – a toxic gas cloud is set to make landfall the following day.

Griffin’s directorial debut is very much an ensemble piece and every cast member brings something to the table. One standout performer was Annabelle Wallis as the mean and self-involved Sandra. She is an annoying character who wants to clear the air about various misgivings on her last day but she was at least the most entertaining and comedic.

Knightley plays the warm and charming host, Goode gets given more emotional work as her husband, and Jojo Rabbit’s Roman Griffin Davis (the son of Griffin and cinematographer Ben Davis) is impressive here as their son, the main opponent of taking the government-issued suicide pill, which offers people a pain-free way out.

The ensemble is rounded out by Sope Dirisu as their sensible doctor friend James, Lily-Rose Depp as his significantly younger girlfriend Sophie, Lucy Punch as the brutally honest friend Bella, Kirby Howell-Baptiste as her awkward girlfriend Alex, and Rufus Jones as Sandra’s “boring” husband Tony.

All the cast do a solid job with their characters, even though they weren’t given too much to work with and there were a few characters’ backstories that could have been expanded and elaborated on.

The screenplay, written by Griffin, was the strongest and funniest towards the start of the film, when we meet all the different characters, learn their relationships, and listen to them gossip about each other. It seems just like a bog-standard Christmas Day.

Griffin loses her handle on the story once it starts becoming more about the apocalypse. It felt tonally uneven and as if she struggled to find the right balance of comedy and horror. The comedy element decreases and becomes almost non-existent by the end.

Overall, Silent Night is quite a bizarre mixed bag of a film that won’t be for everyone. Some people may find it hits too close to home due to the pandemic, but others may revel in this subversive anti-Christmas film.