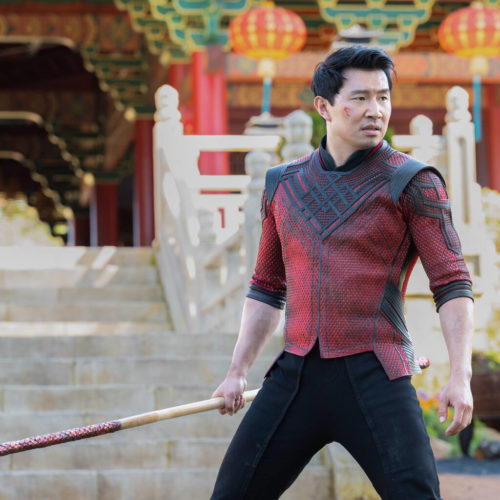 Shang-Chi and the Legend of the Ten Rings

Verdict: Shang-Chi is a solid Marvel movie which blends heartfelt family drama, heaps of laughs, and the best stunt sequences the MCU has ever seen

Phase Four of the Marvel Cinematic Universe (MCU) kicks off in earnest with the introduction of new hero Shang-Chi.

In Destin Daniel Cretton’s movie, Simu Liu plays Shaun/Shang-Chi, who initially seems like a regular guy who works as a parking valet at a San Francisco hotel with his best friend Katy (Awkwafina).

However, his secret past life is exposed when members of the Ten Rings show up to steal his late mother’s pendant. He realises his father Wenwu (Tony Leung) must be plotting something and tries to track down his estranged sister Xialing (Meng’er Zhang) so they can stop his plans together.

The action sequences are unlike anything we’ve seen in the MCU so far. The martial arts fights are highly skilled, inventive, and so different from the combat scenes we’ve seen before in Marvel films.

The impressive stunts were expertly choreographed, cleanly executed, and edited in a clear and logical way so you can actually follow what’s happening.

The standout scenes include the extraordinary bus fight and a jaw-dropping scaffolding setpiece – these both look incredibly cool – and Wenwu and Shang-Chi’s mother Jiang Li (Fala Chen)’s first beautiful, lyrical and dance-like standoff.

So, it was extremely disappointing that Shang-Chi fell into the same trap most Marvel films do and the final showdown became a huge CGI mess. As it had been so different and refreshing up until that point, you couldn’t help but feel let down when the gigantic CGI beasts were unleashed.

Outside of the action, there are still plenty of other reasons where Shang-Chi deserves praise. Cretton manages to successfully balance the superhero sequences with a heartfelt family drama and a healthy dose of laughs.

However, the pace dipped slightly in the middle and there were perhaps too many flashbacks, even though these helped us gradually understand the family’s history.

The film, the first Marvel movie with an Asian lead, is designed to be the origins story for Shang-Chi and his introduction into the MCU but the story didn’t serve him, as an individual, particularly well.

It was hard to get a sense of who he was on his own, outside of the Ten Rings world, his family history, and his platonic friendship with Katy.

That is not a criticism against Liu, who is physically impressive in the role. He is a surefire action star who is captivating to watch fight. He has a background in martial arts and gymnastics and you could tell that he did a lot of his own stunts.

Liu also has a great rapport with the ever hilarious Awkwafina, who tags along for the ride and serves as the audience’s eyes into the world of the Ten Rings.

Elsewhere among the cast, Leung grounds Wenwu and gives him humanity and a solid reasoning for his actions so he’s more than your average superhero villain.

Zhang is super cool and kickass, while it was a delight to see Michelle Yeoh return to her action roots. Ben Kingsley’s return as his Iron Man 3 character Trevor Slattery is played for laughs, but besides one ace joke, he was bit too oddball to be funny.

Despite the disappointing showdown, Shang-Chi is a solid Marvel movie with stunning visuals, locations and costumes, beautiful music, and the best hand-to-hand combat the MCU has seen so far.