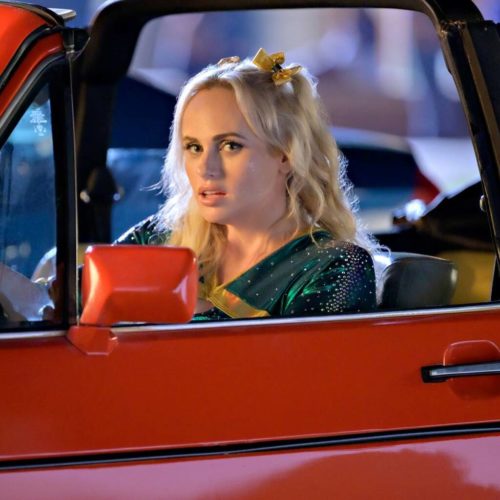 Verdict: Given the comedy potential of the excellent concept, the film should have been significantly funnier than it is

Rebel Wilson plays a 37-year-old who wakes up from a 20-year coma and wants to return to school to be prom queen.

High-concept age-swap films like 13 Going on 30 and Freaky Friday are comedy gold and Rebel Wilson is bringing them back with her new Netflix movie Senior Year.

The high school comedy follows Stephanie Conway, a 17-year-old Australian immigrant (first played by Angourie Rice) who aspires to become the most popular girl in school as well as head cheerleader and prom queen.

Her mission for the prom queen crown is cut short in 2002 when a cheerleading stunt goes wrong and she winds up in a coma.

When she wakes up 20 years later (now played by Wilson), she may be 37 but she is still mentally 17 – and dead-set on finishing school and being named prom queen.

Senior Year feels very nostalgic as it is clearly aiming for the heights of high school comedies like Mean Girls.

Unfortunately, despite the hilarious concept, the film is not that funny.

It is silly and amusing but has very few laugh-out-loud moments.

The jokes fail to land more often than not and it feels like everyone is trying a bit too hard to sell the comedy to compensate for the weak script.

Naturally, a lot has changed since 2002 and Stephanie is in for a culture shock, particularly in terms of technology, smartphones, social media, and fashion.

While it was entertaining watching her catch up with the modern times, this happens relatively quickly and she conveniently grasps it all very well, soon becoming a popular person to follow on Instagram.

The film is a bit too long at 111 minutes and finishes with a sentiment-heavy section about knowing who your real friends are.

It’s a worthy message but it’s a bit too heavy-handed and obvious (like most of the movie).

On the positive side, Rice was great as young Stephanie and it was never boring.

Plus, there is a brilliant recreation of Britney Spears’ 1999 music video (You Drive Me) Crazy. It’s a very random moment but lots of fun.

Wilson can be quite hit and miss with her comedy roles but you can’t deny that she always throws herself into her characters and tries hard to make people laugh.

However, she wasn’t in her element in Senior Year. She didn’t convincingly embody a 17-year-old girl so that physical element of the comedy was wasted.

The cast is rounded out by Mary Holland and Sam Richardson as grown-up versions of Stephanie’s best friends, Justin Hartley as the adult version of her ex-boyfriend Blaine, and Zoe Chao as his new wife and her former enemy Tiffany.

Senior Year is an easy, lightweight and enjoyable watch, but it should have been much funnier than it is, given the excellent concept.

Streaming on Netflix from 13th May.