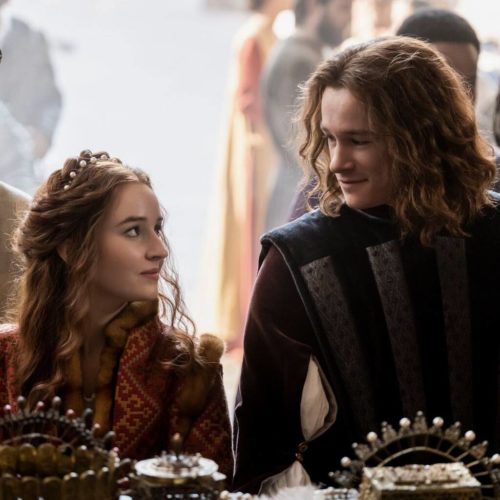 Verdict: Kaitlyn Dever is great fun as the jilted ex Rosaline in this fun, light-hearted take on Shakespeare's tragedy

In William Shakespeare’s Romeo and Juliet, we briefly hear of a character named Rosaline – who Romeo loved before Juliet – but she is never seen.

This modernised, comedic retelling, directed by Karen Maine, begins with Rosaline being showered with poetry and romantic declarations by Romeo (Kyle Allen) on her balcony.

She is madly in love with him and keeps putting off the suitors her father (Bradley Whitford) presents to her because she wants to marry for love – and she has her eyes on Romeo.

One night, while being courted by her latest suitor Dario (Sean Teale), Rosaline is forced to skip a masquerade ball, where Romeo meets Juliet (Isabela Merced), Rosaline’s cousin, and falls in love with her. The scorned Rosaline creates a scheme to break them up so she can win back her man.

Rosaline, the film, is set in the traditional time period and location (Verona, Italy) of Shakespeare’s play but the characters speak in modern language, except Romeo, whose sweeping sentimental balcony speeches are very much a thing of the past.

This is a revisionist story so it’s no surprise it takes many liberties with the original narrative. The imagined Rosaline perspective shouldn’t upset any Shakespeare purists because she was an unseen character who was barely spoken about in the play.

Screenwriters Scott Neustadter and Michael H. Weber basically had a clean slate with her.

In this take, Rosaline is a hot-headed feminist who is fiercely independent and acid-tongued when she needs to be. Dever is brilliant as the mean, jilted ex and her angsty attitude juxtaposes with Juliet’s sweetness and naivety really well.

Paris, who was Juliet’s potential suitor before she met Romeo in the original story, has been completely overhauled and is now Rosaline’s gay bestie. Everyone is given opportunities for laughs, but Spencer Stevenson really brings his comedy A-game with Paris, as does the hilarious Minnie Driver as The Nurse.

Romeo is depicted as an airhead who is rather dull in comparison to the handsome and kind new character Dario, a suitor who wants to marry Rosaline. You can probably guess where the story is going!

It takes a while to warm to the film’s light-hearted tone, anachronistic dialogue, and sense of humour, but while the jokes don’t always land, the film is sure to win you over eventually.

On Disney+ from Friday 14th October.