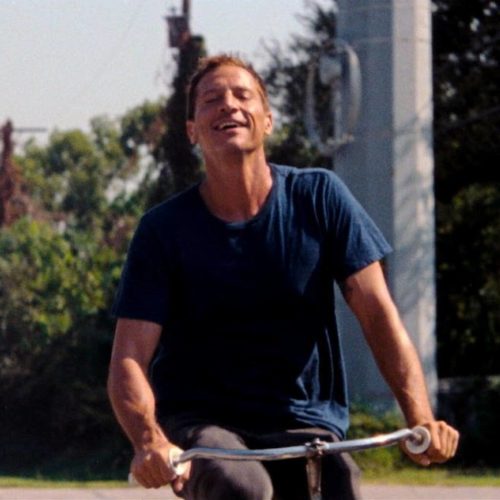 Verdict: Sean Baker's realistic and gritty drama will not float everybody's boat but Simon Rex's performance is worth a watch

The year is 2016, and Mickey Saber (Rex) returns home penniless to Texas City after 17 years in Los Angeles and begs his estranged wife Lexi (Bree Elrod) to let him move into the house she shares with her mother Lil (Brenda Deiss) – and they eventually agree.

How you enjoy Red Rocket will really depend on how you feel about films starring deeply unlikeable characters. Mikey is not a good person and makes many morally and ethically wrong choices. Although Strawberry is legally of age in the state of Texas, the age gap is significant and their relationship might make viewers uncomfortable.

Some people might find him so repellent that it puts them off the entire movie, but Rex’s compelling performance may be enough to encourage you to stick with it. Mikey is charming, self-assured, and confident so he remains watchable even when he stoops very low.

Baker likes to recruit non-professional actors for his films and set them in a community or pocket of society you would never usually see on film. He continues this trend with Red Rocket, which feels as gritty and naturalistic as his previous work. The non-professional actors – Deiss, Brittany Rodriguez, and Ethan Darbone – are well cast and just as strong as Rex, Elrod, and Son.

Son, in particular, is a delight as Strawberry, a rebellious young girl who relishes having a much older love interest. She has a gorgeous singing voice, which she shows off with an acoustic rendition of NSYNC’s Bye Bye Bye (a song used a lot throughout).

Red Rocket is essentially a character study about Mickey and it follows him during the month he’s back home, observing all his bad decisions. Given that not much happens, the film could have been much shorter and tightened up around the middle, where it loses its momentum. Thankfully, Baker pulls off a dramatic and satisfying ending.

This is sure to be a divisive film. The only way to figure out if it works for you or not is to give it a whirl!

In cinemas from Friday 11th March.