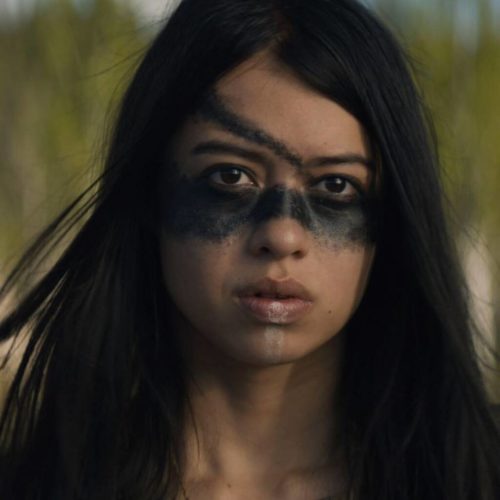 Verdict: Dan Trachtenberg brings us a Predator movie unlike anything we've ever seen before and is the best film since the original

Amber Midthunder plays a young Comanche tribeswoman who goes up against the Predator in Dan Trachtenberg’s prequel Prey.

The extraterrestrial monster, the Predator, has been around in movies since 1987 but most of its other appearances have failed to recapture the success of the original.

Prey, a prequel set almost 300 years before 1987’s Predator, flips this trend on its head and is the best installment since the original, which starred Arnold Schwarzenegger.

This film is set in 1719 and follows Comanche warrior Naru (Amber Midthunder) as she tries to prove herself as a worthy hunter among the young men in her tribe.

She is a smart, resourceful, and skilled tracker but often loses her nerve at the last moment and fails to execute a kill.

When it becomes clear that they’ve got a beast bigger than anything they’ve seen before on their hands, Naru fearlessly pursues it, unaware that she’s hunting a formidable alien with an arsenal of futuristic weapons.

Prey truly reinvigorates a franchise that hasn’t been great for a long time. It helps that it is so different from all the previous movies and feels like a total revamp.

Trachtenberg doesn’t change too much about the Predator but everything else around the bloody-thirsty creature is overhauled.

He takes the rest of the movie to a place we’ve never seen before with this series and it feels exciting to see such a fresh and unexpected take on the well-worn story.

You don’t need to have watched all – or even one – of the Predator movies to enjoy Prey.

There may be certain nods and details that franchise fans will appreciate but they aren’t essential and you can easily follow the story without any knowledge of the previous films.

The movie is relatively simple – it is essentially a survival thriller – and whizzes by at only 1 hour and 37 minutes.

There is also a solid balance between developing Naru’s character and the violent, action-packed encounters with the Predator.

The action sequences are where the film truly excels because the stunts seem mostly practical rather than CGI-heavy spectacles.

They are brutal, gritty, and show off the talents of those wielding spears, axes, and other homemade weapons.

Midthunder is a compelling lead. Naru doesn’t speak an awful lot but you can read her emotions plainly on her face and, therefore, become invested in her quest.

She is physically very impressive and her skill with an axe on a rope will blow your mind.

Prey isn’t as big, loud or star-studded as previous Predator movies – but those aren’t always signs of quality.

Trachtenberg has clearly worked hard to bring audiences something new and has finally produced a fresh and exciting installment in the franchise.

On Disney+ in both English and Comanche versions from Friday 5th August.