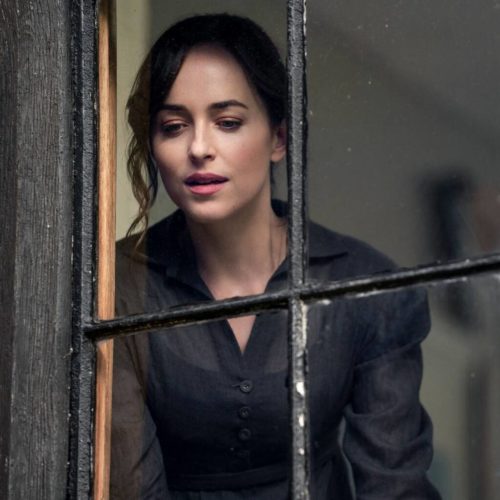 Verdict: Persuasion is riddled with problems, such as the dialogue, but it is still an enjoyable watch led by the charming Dakota Johnson.

The latest adaptation of Jane Austen’s Persuasion is not a straightforward retelling of the story.

Instead, it gives the classic period tale the Fleabag and Bridget Jones’s Diary treatment.

Carrie Cracknell’s film stars Dakota Johnson as Anne Elliot, who was persuaded to break off her engagement to naval officer Frederick Wentworth (Cosmo Jarvis) because of his lack of rank and fortune.

The story begins in earnest when the now-wealthy Captain Wentworth returns home after about seven years and crosses paths with Anne once again.

If you’re an Austen purist hoping for a faithful adaptation, you will be sadly disappointed by this film.

It has been modernised, crafted into a satirical romantic comedy, and given a Fleabag-inspired transformation, with Johnson frequently breaking the fourth wall to talk to the camera or give the audience a knowing glance.

If you’re aware of that from the outset, you might enjoy it!

The overarching story remains the same as well as the period setting and costumes but the dialogue has been ripped straight out of 2022, with modern lines such as: “It’s often said that a five in London is a 10 in Bath.”

It isn’t supposed to be taken seriously and its irreverent, tongue-in-cheek tone is obvious immediately, but even still, some of the dialogue is tough to swallow because it is so cringeworthy and badly written.

And although it is clearly designed to be a comedy, the story doesn’t particularly lend itself to laugh-out-loud moments so the most amusing parts are when Johnson talks to the camera in her witty, conspiratorial manner.

The film is supposed to be centred upon this will-they-won’t-they story between Anne and Wentworth but Cracknell supposedly focused so much on making the movie quirky that she forgot to give viewers a relationship to invest in.

There is no chemistry between Johnson and Jarvis at all and that makes it very hard to care whether their characters get back together or not.

It doesn’t help that Jarvis – who is usually solid in other films – approached the material in a different way to everyone else so it seems like he’s in a serious film whereas the others went for a more light-hearted touch.

Johnson and Jarvis’ differing approaches to their characters make their relationship all over the place in terms of tone.

Johnson hasn’t done much comedy but she nails this version, even if the character doesn’t bear much resemblance to the Anne in Austen’s novel.

She is a lot of fun to watch and her British accent was decent.

Nikki Amuka-Bird does well as Anne’s godmother Lady Russell, Richard E. Grant is on top flamboyant form as Anne’s father Sir Walter, and Henry Golding is as charming and smooth as ever playing her cousin William Elliot.

Persuasion has not been well received but it’s not the disaster it has been made out to be.

It certainly has plenty of problems – the biggest being the dialogue – but it was still an enjoyable watch.