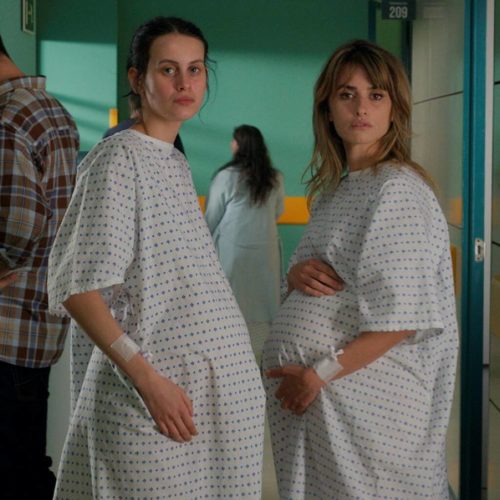 Verdict: Penelope Cruz and Milena Smit are terrific in this complicated and intriguing film but Almodóvar lets it down with an unnecessary subplot

Penelope Cruz and Milena Smit play mothers who give birth to their daughters on the same day.

Penelope Cruz’s name hasn’t come up often this awards season, which is surprising given the powerhouse performance she delivers in Parallel Mothers.

In her latest collaboration with Pedro Almodóvar, Cruz plays photographer Janis, who shares a hospital room with teenager Ana (Milena Smit) when they’re about to have their babies. They subsequently give birth to their daughters on the same day.

While Janis is excited at the prospect of becoming a single mother, Ana is freaking out, so they exchange contact information and vow to stay in touch. The film follows their lives over the next year or two.

From that setup, you can potentially guess where this film is going to go – but the journey to get there is still enjoyable. The reveal isn’t surprising, but it seems like Almodóvar was aware of this because it happens early on and the story subsequently becomes much more complicated in ways that you definitely won’t predict.

The most intriguing aspect of the story was watching Janis and Ana’s relationship evolve over the course of the movie. It changes a lot and both Cruz and Smit expertly navigate their characters’ ever-changing bond.

Cruz does a terrific job as the conflicted mother who is torn between doing what’s right and what she wants. It is clear the decision she’s toying with is wearing her down and stressing her out.

Smit’s Ana is young and impressionable and sees Janis as a role model to idolise. She is desperate to feel loved and comes across as needy and vulnerable in comparison to her strong and independent friend.

Unfortunately, Almodóvar makes some annoying narrative decisions. There’s a subplot about Janis leading a campaign to excavate a mass grave in her home village and far too much time is dedicated to it. Towards the end, he switches his focus to the dig project and neglects the Janis and Ana relationship so we have to deduce what’s happened between them from little snippets when a long, juicy conversation would have been more satisfying. This decision was incredibly frustrating and doesn’t give viewers sufficient closure after investing in this friendship for two hours.

Parallel Mothers tells a solid, interesting story for the most part and the two lead performances are excellent – but the subplot should have been saved for a different film as it ruins the ending.