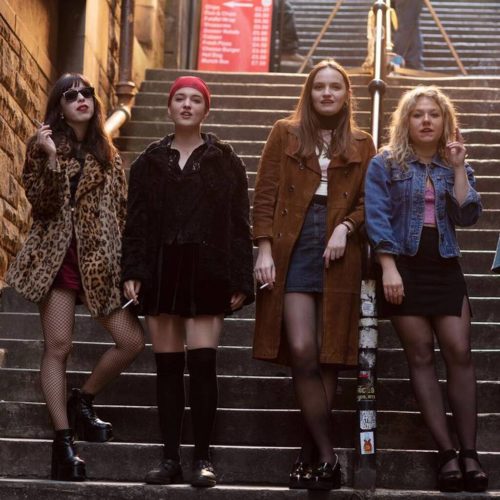 Verdict: Our Ladies is a hilarious, feel-good film with fun musical numbers and interesting character dynamics

This Scottish coming-of-age film follows five friends as they get up to no good during a school trip to Edinburgh.

Alan Warner’s 1998 novel The Sopranos first inspired the West End play, Our Ladies of Perpetual Succour, and now it has served as the basis for the new movie, Our Ladies.

Set in 1996, this Scottish coming-of-age film follows five friends – Orla (Tallulah Greive), Manda (Sally Messham), Chell (Rona Morison), Kylah (Marli Siu), and Fionnula (Abigail Lawrie) – from Fort William in the Scottish Highlands over the course of 24 hours as they go on a trip to Edinburgh with their convent school, Our Ladies of Perpetual Succour, for a choir competition.

However, the girls are more interested in using the trip to the city as an opportunity to drink, go wild, and get laid, much to Sister Condron’s (Kate Dickie) disapproval.

These rebellious Catholic girls, who are completely boy-mad and sex-crazy, are a joy to watch. The script is littered with crude sex references, double entendre, and euphemisms as the girls can’t resist bringing their conversations back to their favoured topics of drinking, boys, or sex. Their dialogue is hilarious and each character brings something different to the table, so observing their dynamics as a group was compelling.

You might think this film has a flimsy story and that it’s just about this choir competition, but that’s not the case at all – it gradually gets darker and more serious than viewers might be prepared for, with the girls recklessly getting themselves in questionable situations and key subplots involving teen pregnancy and characters questioning their sexuality.

Our Ladies also boasts a handful of musical numbers that take place organically within the story and are contained within performance scenes. These delightful cover songs are always led by Kylah and the standout was their rendition of Soft Cell’s Tainted Love at a karaoke bar.

The most captivating star was Sui, who has such a cool look and attitude, a great singing voice, and rock star energy, while Greive brought some sensitivity to the group, and Morison and Lawrie’s characters delivered the most angst and tension. Outside of the five, one of the most compelling storylines revolved around head girl Kay (Eve Austin), who is nowhere near as perfect as she seems.

Our Ladies is a lot of feel-good fun. Expect to hear cackles of raucous laughter from the audience.

In cinemas from Friday 27th August.