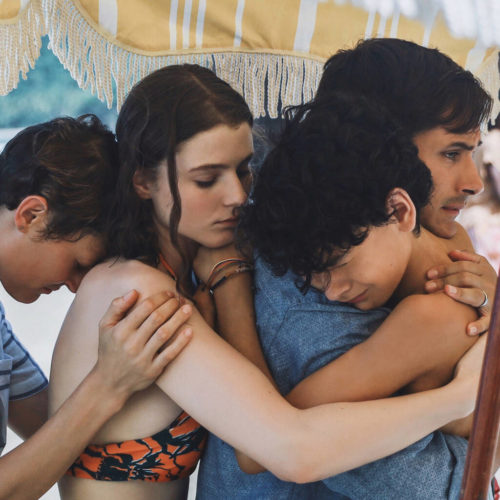 Verdict: M. Night Shyamalan once again brings us a mind-boggling and unnerving thriller that you'll be thinking about for hours

M. Night Shyamalan is back for more mind-blogging movie madness with his latest supernatural thriller Old.

Old follows Guy (Gael Garcia Bernal) and Prisca (Vicky Krieps) and their two children Trent and Maddox (predominantly played by Alex Wolff and Thomasin McKenzie) as they go on a luxury tropical holiday.

One day, on the suggestion of the resort’s manager, they visit a nearby secluded beach with fellow holidaymakers Charles (Rufus Sewell), Chrystal (Abbey Lee), their daughter Kara (mostly Eliza Scanlen) and Charles’ mother Agnes (Kathleen Chalfant).

They soon realise there is something very wrong with the beach – it causes them to age rapidly over a few hours, compressing their entire lives into a single day.

The film has a unique and exciting concept, but sadly, the execution of the idea was very poor and the ending was unsatisfying and almost undoes all the positives that had come before.

The biggest problem with Old is the dialogue. The actors are lumbered with so much exposition, explaining what’s happened and theorising what they could try next, which is understandable given the circumstances but it all felt too heavy-handed and overdone, with characters reeling off important information and facts in an unrealistic way.

And this has a big effect on the acting – the weak script and thinly defined characters meant that the actors didn’t have much to work with and had to get to grips with clunky dialogue.

This was most notable with Krieps as she oversells all her lines and it feels like a performance rather than us watching a real character being brought to life.

Elsewhere in the ‘cons’ column, Shyamalan spends far too long at the beach and the film loses its momentum, plus there were some unnecessary scenes at the end and not a satisfying amount of explanation for what we just saw.

But it’s worth pointing out that there are plenty of redeeming qualities. It was interesting seeing a person’s life being distilled down into one day and the film gave an intriguing look at mortality and ageing.

Shyamalan also effectively created an unsettling and unnerving atmosphere with a decent amount of thrills and a couple of wince-inducing body horror moments.

Like many of Shyamalan’s movies, Old is going to provoke plenty of wide-ranging opinions and looks set to divide audiences into love it or hate it camps.

So even though the execution lets down the bold and exciting concept, it will leave you thinking about it for ages after – it’s up to you to find out whether that’s a good or bad thing.