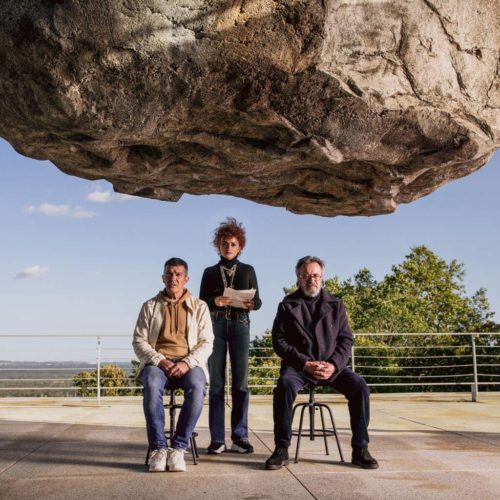 Verdict: Thanks to the top-tier cast, the spot-on screenplay, and hilarious observations about the film industry, Official Competition is a total blast.

Penelope Cruz plays an eccentric director who casts a movie star and a serious thespian as warring brothers in her next movie.

Many people would assume that Spanish stars Penelope Cruz and Antonio Banderas have starred alongside each other many times before – but they’d be wrong.

Thankfully, they waited until Mariano Cohn and Gastón Duprat’s entertaining film industry satire Official Competition to be on a movie set together.

Cruz plays eccentric Palme d’Or-winning writer-director Lola Cuevas, who is preparing to make a movie adaptation of The Rivalry, about a man who is unable to forgive his brother for killing their parents in a drunk-driving accident.

She casts prestigious stage actor Iván (Oscar Martinez) and flashy movie star and celebrity Félix (Banderas) as the leads, and it becomes clear during rehearsals that the actors have very different methods and rub each other up the wrong way.

This title refers to the fact The Rivalry competes in a film festival and also gives you an idea about the competitive energy between Iván and Félix. They are the complete opposite – Félix is self-centred, famous, and has lots of awards and box office takings under his belt whereas Iván is low-key, modest, and very serious about his craft.

As you might expect, the actors clash often during rehearsals and you start to wonder whether the movie will make it into production.

It is wildly entertaining watching the juicy character dynamics between the lead trio unfold. The actors don’t get on, respect each other or work as a team, and Lola’s ego and unorthodox methods don’t help matters. She is demanding, exacting, and puts them through outlandish tests to get the performance she wants out of them.

Each of these three characters are incredibly well-written and it is a joy to watch them interact and throw barbs at each other. It pokes fun at the oversized egos involved in filmmaking and the ridiculous ways actors get into the zone. The writing is very funny but surprisingly ends up in a dark and unexpected place.

Cruz is hilarious as the larger-than-life auteur who knows exactly what film she wants to make and refuses to accept notes or suggestions from others. Banderas isn’t who you might expect to play an arrogant movie star but he nails the part and lesser-known Martinez is perfectly cast as the humble Iván.

Thanks to the top-tier cast, the spot-on screenplay and hilarious observations about the film industry, Official Competition is a total blast.

In cinemas from Friday 26th August.