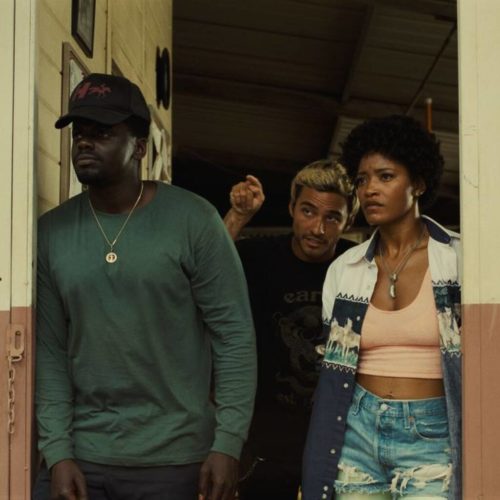 Verdict: Jordan Peele delivers another thought-provoking horror with a side of social commentary in the chilling and unsettling Nope

Daniel Kaluuya and Keke Palmer play siblings whose ranch is being terrorised by a UFO in Jordan Peele’s latest.

In just five years, Jordan Peele has established himself as not only an exciting horror director, but someone who makes original event films.

Following the success of Get Out and Us, Peele brings us his latest thought-provoking horror Nope, a sci-fi starring Daniel Kaluuya and Keke Palmer.

They play OJ and Emerald Haywood, Hollywood horse trainers who operate a ranch in a remote desert.

Very strange things start to happen on the ranch and they become convinced they’ve encountered a UFO and hatch a plan to catch it on camera.

This sounds like Nope is just a straightforward sci-fi story, but if you’ve seen Peele’s previous films, you’ll know that they also offer social commentary and have much more going on underneath the surface.

There is a lot of subtext and deeper meaning to be found in Nope and you’ll probably walk away from the cinema dissecting the movie and working out what he is trying to say.

The main surface-level narrative didn’t live up to expectations because it is a bit too slow and long, there are moments that are annoyingly vague and the ending is underwhelming.

There is a horrifying and disturbing subplot focussing on their neighbour Ricky ‘Jupe’ Park’s (Steven Yeun) childhood as an actor.

The subplot is revisited several times over the course of film and the imagery in those scenes will likely stick with you after you leave the cinema.

However, Nope is the least scary of Peele’s trio of movies, by some margin.

There are a couple of terrifying moments but Peele is more focused on creating a chilling and unsettling atmosphere and an increasing sense of tension as the UFO encounters get progressively more threatening.

This is very effective and you’ll be gripping onto your seat every time it returns.

Palmer is the star of the show and oozes buckets of personality and charisma.

Emerald is the charming talker and the customer-facing partner of their company, Haywood’s Hollywood Horses, whereas OJ is shy, an introvert and speaking seems like a chore.

They are supported by Brandon Perea as the Haywoods’ tech support Angel, who becomes invested in their plan to capture a shot of the UFO.

Barbie Ferreira plays his co-worker but she is sadly given nothing to do at all. There was no point casting a recognisable face in that role.

Given his track record, the bar is set very high for Peele’s films so even though Nope is good, the fact that it isn’t outstanding feels like a disappointment.

In cinemas from Friday 12th August.