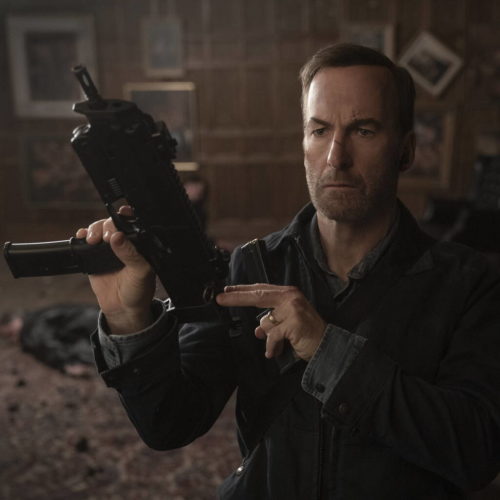 Verdict: Bob Odenkirk is an unexpected action star in this lighter, much more fun spin on the John Wick movies

Bob Odenkirk plays a seemingly ordinary man with a hidden set of special skills in this John Wick-style action movie.

Bob Odenkirk – who is best known for playing lawyer Saul Goodman in Breaking Bad and Better Call Saul – is not an actor you would expect to lead a John Wick-style action-thriller, but that’s the whole point.

He portrays Hutch Mansell, a seemingly ordinary man with a wife, Rebecca (Connie Nielsen), two kids, an unremarkable 9-5 job, and he seems to be moving through his monotonous life on autopilot.

One day, he steps in when a young woman starts being harassed by a group of drunken louts on a bus – but it turns out they’re not just random people, Hutch has inadvertently messed with men connected to Russian Mob boss Yulian (Aleksei Serebryakov), who now wants revenge.

If you’re a fan of Keanu Reeves’ John Wick films then you’ll be sure to enjoy Nobody too.

It’s written by that franchise’s creator, Derek Kolstad, and is basically a lighter and more comical take on those movies.

It doesn’t take itself seriously and there are a bunch of absurd, tongue-in-cheek moments to make you laugh to accompany the bloody and violent action sequences, of which there are plenty, with the standouts being the bus sequence and a very cool finale.

Odenkirk may be an unlikely action hero but that’s the idea – Hutch is supposed to be this physically unassuming, nice, and ordinary guy who blends in with everybody else, keeping his special skills a secret.

He’ll also surprise you in the fight sequences as he looks very capable and convincing so he deserves praise for taking on such an unexpected and physically demanding role.

Despite his star turn, he is often outshone by Christopher Lloyd (Back to the Future’s Doc Brown), who has an unexpectedly kickass role for an 82-year-old and he was a joy to watch.

It seems very likely there are going to be more of these films so Lloyd must return for more, same for RZA as Hutch’s half-brother Harry. Nielsen had very little to do so she should get an upgrade next time.

The script features some excellent dialogue and the tongue-in-cheek tone is established from the get-go with a fun opener, but the story itself is rather far-fetched and ridiculous.

However, you should just roll with it, embrace the fun factor fully and let yourself be entertained.

In cinemas from Wednesday 9th June.